Students caught on video running from police after ‘unacceptable’ party 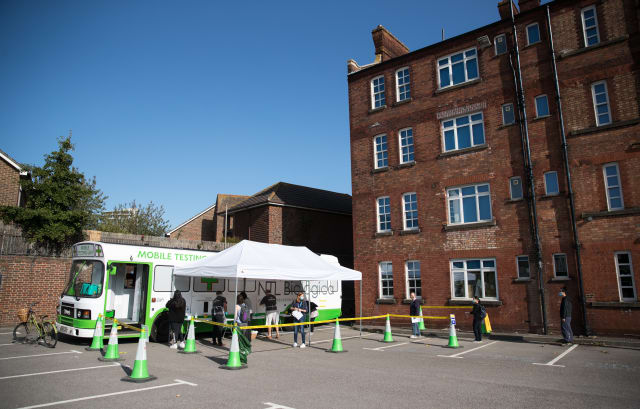 A video has been shared on social media of students in Portsmouth running from police after holding an “unacceptable” party outside a block of halls.

Officers are seen pulling up in vehicles outside the Margaret Rule Halls in Isambard Brunel Road in the Hampshire city in the early hours of Friday, causing the revellers to disperse and run off.

A spokeswoman for the University of Portsmouth said that the behaviour of the students was “unacceptable” and any found to have broken the law could be penalised or even face exclusion.

She said: “The university is aware that police dispersed a gathering of young people last night, many of them students from the university.

“This behaviour by students is unacceptable and will not be tolerated.

“Students are expected to take responsibility for their own safety and the safety of the community by adhering to the University’s student contract and code of student behaviour, safety measures put in place, and by following government guidelines on social gatherings.

“Any Portsmouth students found to have broken the law will face penalties that can include permanent exclusion from the University alongside any action taken by the police.

“There are regular communications with students asking them to follow the rules and outlining the potential consequences if they do not, including fines from the police.

“We know the majority of Portsmouth students continue to take seriously their personal responsibilities to keep the campus and city safe, but there will be consequences for those who don’t follow the rules.”