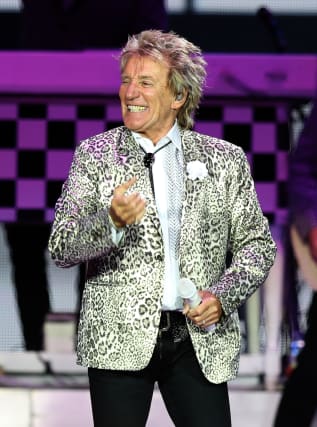 Sir Rod Stewart’s assault case in Florida is unlikely to go to trial, a US court has heard.

The 75-year-old chart-topping rocker and his son Sean, 40, have been charged with simple battery following an alleged incident involving security guard Jesse Dixon at a luxury hotel in Palm Beach on New Year’s Eve.

Both men have pleaded not guilty.

Guy Fronstin, representing both Sir Rod and his son, told a brief Zoom hearing on Friday that he has been in touch with prosecutors and the case is likely to be resolved before it reaches the trial stage.

He said: “We have been in communication with the state. We are asking for one more rollover for pre-trial.

“All indications are this is going to resolve without a trial but there’s still some work to be done on it.”

Judge August Bonavita, who was wearing a mask, set the next pre-trial hearing for December 4. Neither Sir Rod nor his son were on the Zoom call.

A previous hearing was told that the defence team is trying to locate a video in relation to the case.

The singer and his son were charged following an alleged altercation with a guard at the Breakers Palm Beach Hotel on New Year’s Eve.

Mr Dixon alleges Sir Rod and Sean were part of a group that objected to being denied entry to a private party in a children’s area.

Sean is alleged to have got “nose to nose” with Mr Dixon, while Sir Rod is accused of punching him in the ribs.