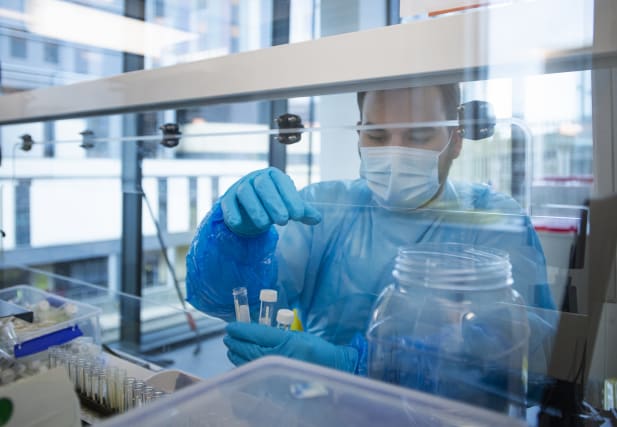 There are no issues with coronavirus testing capacity at a UK Government laboratory in Glasgow, its director has said.

Scottish ministers blamed Sunday’s late coronavirus cases report on capacity issues at the UK Government’s Lighthouse lab, but the UK Government denied there were any testing capacity problems and described the allegations as “categorically untrue”.

Scotland’s First Minister Nicola Sturgeon warned the 316 positive cases figure released on Sunday – significantly lower than in the previous weeks, having not been around this level since the 356 reported on September 27 – should be “treated with some caution due to a processing delay within the UK lab system”.

The laboratory is part of a network of diagnostic testing facilities at Lighthouse sites around the UK, including in Milton Keynes, Buckinghamshire, and Alderley Park in Cheshire.

The Glasgow facility is hosted by the University of Glasgow at the Queen Elizabeth University Hospital campus, and it currently processes around 50,000 tests a day from across the UK though primarily from Scotland.

Carol Clugston, director of the laboratory where around 500 people work, told the PA news agency: “We don’t have problems with capacity, what we do is we report what our capacity is week to week so currently our capacity is about 50,000 tests per day.

“Across the UK network there are logistic teams that actually make sure the tests that we get sent to us are in line with our capacity so that we don’t get more than we can process or that we don’t get less, that we have unused capacity.

“Generally that works very well. It is a very complex system, we’re not involved in that but generally it works well.

“There are logistics teams that work out what samples should go where to make sure we are using the capacity right across the UK.

“I don’t think we’re finding any problems with capacity, if anything at the weekend less people get tests done, I think less people are inclined to go for tests, so we usually find that Sunday and Monday we’ve usually got less tests coming in for us to analyse.”

The laboratory has processed three million tests since it came online in April, when it was processing just around 40 tests a day.

There are plans to increase capacity to 85,000 tests a day in the coming weeks and the laboratory is recruiting staff to enable it to do so.