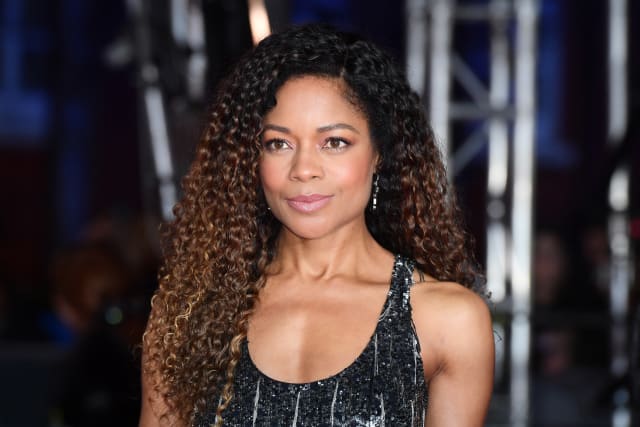 A man has been handed a suspended sentence and restraining order for stalking Hollywood star Naomie Harris.

Ii Ovisyonairo Ii tracked down the James Bond actress to her north London home after first making contact with her mother.

The 37-year-old appeared on her doorstep in February, having previously sent her a scented letter the day before Valentine’s Day.

The 11-page note was written on red paper, with varying black fonts throughout, and was signed “with unconditional love from your compassionate companion”.

When he turned up at the star’s home address two weeks later, on February 28, Wood Green Crown Court heard that the actress suffered a panic attack and was left “absolutely petrified” by his presence.

Danish-born Ii’s attempts to make contact with Ms Harris had begun when he made an appointment to attend a Reiki healing session run by the actress’s mother several months earlier, in October 2019.

Carmen Harris was said by Judge Noel Lucas QC to have been “anxious not to aggravate a troubling situation” when Ii later suggested it was his “human right” to make contact with the actress, and expressed a desire to do so on November 11, which he wanted to be their anniversary.

Police traced down Ii – who previously changed his name by deed poll – to a farm in Kent, where they found pieces of red paper similar to those on which the note was written, as well as 49 images of Ms Harris on a laptop, along with others of her home.

At the sentencing hearing, Judge Lucas said: “I’m sure Miss Naomie Harris found it very distressing to find you on her front doorstep.”

He added: “Both Naomie Harris and her mother are entitled to live their lives without being stalked.”

In addition to the restraining order covering both Ms Harris and her mother, Ii, who has Asperger’s, was given a jail sentence of 21 months, suspended for two years.

He was also given a curfew that must be served at an address in Poole, Dorset, he must wear a GPS tag, and complete 300 hours of unpaid work as well as attend rehabilitation.

He previously admitted two counts of stalking against Ms Harris and her mother.