Levels of anxiety, worry and loneliness at highest in months – ONS 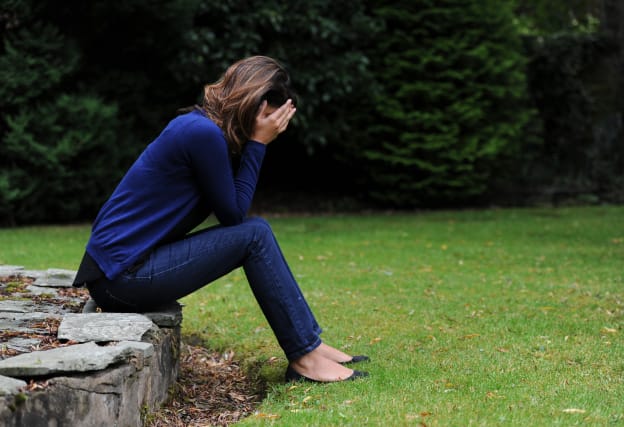 Levels of anxiety, worry and loneliness are at their highest in months while life satisfaction has fallen, a survey suggests.

The proportion of adults with high levels of anxiety, who are feeling lonely and who are worried about the impact of coronavirus, has been on the rise since early September, the Office for National Statistics (ONS) said.

Anxiety levels remain at the highest recorded since April, while almost half (49%) of adults said their wellbeing is being affected by the virus – the highest since mid-April.

More than three quarters of adults (76%) are very or somewhat worried about the impact of Covid-19 on their lives – the highest proportion since April, the ONS said.

And more than a quarter (27%) of adults said they feel lonely often, always or some of the time – the highest proportion since May.

The survey also showed that life satisfaction has fallen to the lowest level since the survey began, which could be explained in part by seasonal variation.

The ONS analysed responses from 1,653 adults in Great Britain to its Opinions and Lifestyle Survey, examining the social impact of coronavirus.

Of these, 280 were adults with dependent children.

Some 8% of adults with school-aged children said their oldest child had been sent home this term due to an outbreak in their class, year group or bubble.

Of those who said their child had not been sent home, 41% said their school or college has been hit by the virus since September.

Three quarters (74%) of both groups overall said they strongly agree or agree that their school or college had done a good job in handling the outbreak this term.

Two thirds of the parents said their child had received some or a lot of support from their school or college to help them catch up with missed work over spring and summer.

But 64% said they are very or somewhat worried about their child going to school or college this term, mainly due to fears that they will catch or spread the virus and the impact on their mental health due to virus-related changes,

The ONS also asked the general population about university students, finding more than half (55%) were concerned about students returning to universities.

This was mainly due to fears about students catching Covid-19, the quality of education they will receive, and how prepared the university is for keeping students safe.