FTSE ends week on a high as banks soar 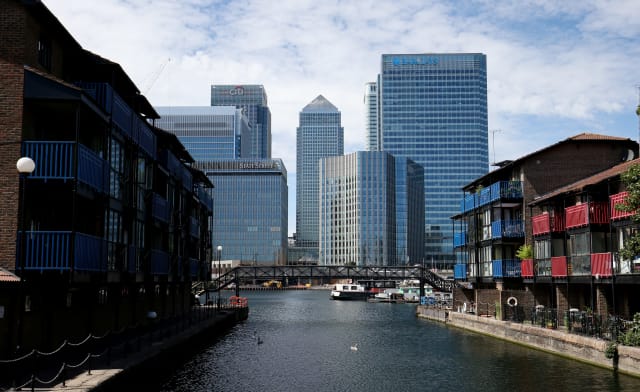 The FTSE made up some of its mid-week blues on Friday, to end the week on a high, as Britain’s biggest banks pulled the index up.

Barclays led the pack of banks with a 7% jump in its share price after revealing that it made a net profit of £611 million in the third quarter, more than twice what the market had been expecting.

The news helped pull Barclays’ big rivals up as well. Lloyds, HSBC, and Standard Chartered were all in the FTSE’s top five best performers for the day.

However, Friday’s league was led by Rolls-Royce as the engine maker signed a new deal with the Ministry of Defence. Its shares jumped by 7.4%.

The company has had a troubling year as its share price dropped by more than half, so the deal proved a rare piece of good news.

The index was ahead of its European cousins, the Dax and Cac, which gained 0.7% and 1% respectively, beating their US rivals, said CMC Markets analyst David Madden.

“The major European equity markets are showing strong gains. Sentiment has been lifted by last night’s news that Remdesivir, an antiviral drug produced by Gilead Sciences, received approval as a treatment by the US regulator, the FDA,” he said.

“For much of the week, stocks in Europe have incurred declines because of concerns about the health crisis and sticker restrictions. The absence of a US coronavirus relief package in the US was a factor too.”

Oil markets struggled as Brent took a tumble late in the afternoon to hit 41.87 US dollars shortly after European markets closed, a drop of 1.4%.

In company news, Holiday Inn owner Intercontinental Hotels revealed that its revenue per available room was still half of last year’s levels, despite recording from lows earlier in the year. The company’s shares dropped by 1.5%.

McCarthy & Stone had an excellent day, jumping 40% on the news that US investor Lone Star plans to take the company private for 115p per share, or £630 million. The closing share price was 115.8p.