Family of murdered dancer pay tribute to an ‘inspirational Irishman’ 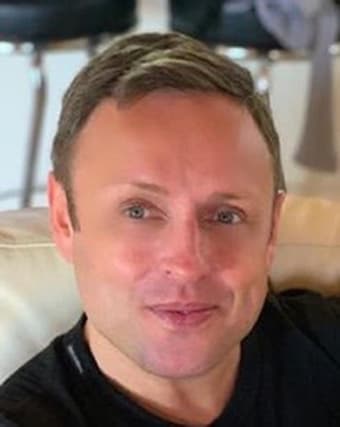 The family of a gifted dancer, who was murdered by a couple who planned to drug and rob him, have paid tribute to an “inspirational Irishman.”

Adrian Murphy was contacted by Joel Osei, 25, and his girlfriend Diana Cristea, 19, who used profiles on the gay dating app Grindr to befriend unsuspecting men.

Croydon Crown Court heard that the pair had used the drug scopolamine – known as “the Devil’s breath” and said to be “popular with robbers and rapists” in Colombia – to incapacitate their victims.

Both Osei and Cristea were arrested on suspicion of murder after Mr Murphy’s body was found by his best friend in a 17th-storey flat in Battersea, south-west London, on June 4 2019.

Paramedics had attended to another man, who cannot be named for legal reasons, several days before who had also been drugged and robbed by Osei.

Jurors heard the unidentified man had been found “virtually naked”, “agitated” and “talking gibberish” after being drugged with scopolamine.

As well as the murder charge, both Osei and Cristea were also accused of one count of administering a poison or noxious substance so as to endanger life, two counts of theft and eight counts of fraud.

Cristea wept in the dock but Osei did not react as the the jury returned guilty verdicts on all counts for both defendants on Friday.

After the verdict, Mr Murphy’s brother Robert paid tribute to him and said that the death had “left a huge void” within the family.

“The world is full of sameness but this could not be said of our brother Adrian,” he said in a statement.

“Adrian brought the love and art of dance to thousands of young people all over the world.

“He made so many loyal friends who are so sad at his untimely passing as he was an inspirational Irishman, who was a gifted dancer and choreographer.

“He was also very funny and made everyone laugh at his hilarious stories. He had the gift of bringing people together.

“Our family is heartbroken that Adrian is no longer with us.

“He has left a huge void within our family and the fact we can no longer see or hear from him makes his absence felt all the more.

“Adrian loved his hometown of Kilkenny and although he was a regular world traveller, he never missed an opportunity to return to his family and friends.

“Adrian’s legacy is that of a hero and hopefully his tragic death has stopped this happening to any other innocent victim.”

“He is now dancing amongst the stars. May he rest in peace.”

Detective Chief Inspector Rob Pack said that Osei and Cristea believed that the “intimate and personal nature” of the method in which they contacted their victims meant it was unlikely that their crimes would be reported.

Speaking outside court following the verdict he said: “Osei and Cristea have been described by the prosecution as a pair of ruthless grifters and to my mind that is entirely correct.

“In a callous and calculated plan to make what they thought was easy money, they targeted unsuspecting men via dating sites.

“They selected their victims using this method in the belief that the men would be unlikely to report the matter due to the intimate and personal nature of the meetings.

DCI Pack added that the conviction appeared to be the first for scopolamine-related homicide in the UK.

They are due to be sentenced at the Old Bailey on December 14.