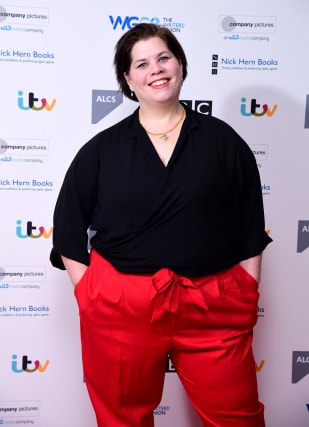 Comedian Katy Brand has raised more than £50,000 in one day in support of charities and food banks after MPs voted against extending free school meals over the holidays.

The viral fundraiser has won support from celebrities including Nigella Lawson, who said: “It shouldn’t have to be this way, but it is more important to feed a hungry child than argue about how it’s done.”

Labour’s motion calling for the free school meals scheme to be extended over school holidays until Easter 2021, which followed a campaign by footballer Marcus Rashford, was defeated by 322 votes to 261 on Wednesday evening.

On Thursday morning, TV star and author Brand launched a GoFundMe page, called the Hungry Children Christmas Fund, saying she felt the need to raise money “while the adults fix the politics”.

By Friday afternoon, the fundraiser had hit its final goal, with Brand stating that it will stay open until November 6.

Other celebrities publicly backing the campaign include actress Amy Lennox and author Emma Kennedy, who called the fund “amazing”.

Brand said the total fund will be split between food charities Fare Share, The Trussell Trust, and Magic Breakfast.

She added that the money raised would go to “charities with a long and reliable track record of providing food for children in poverty, along with local food banks in hardest hit areas”.

– To donate to the Hungry Children Christmas Fund, visit https://www.gofundme.com/f/t7y9ar-hungry-children-christmas-fund