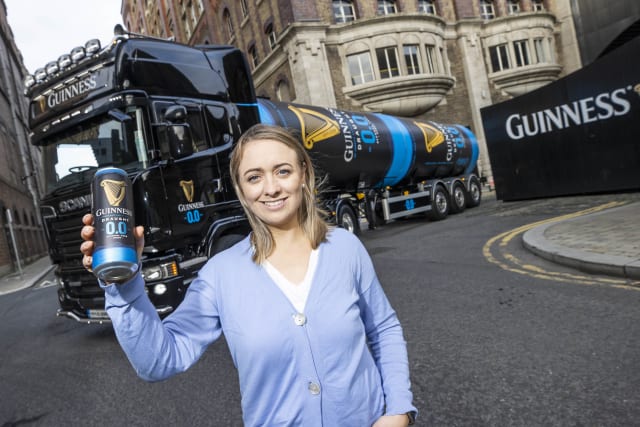 Guinness has launched a new alcohol free version of its famed stout after a four-year endeavour to replicate the taste of the original black stuff.

The Irish brewer says Guinness 0.0 is a response to a growing consumer appetite for non-alcohol, lower-calorie beverages.

The product was developed by an innovation team based at Guinness’s brewery at St James’s Gate in Dublin.

Aisling Ryan, one of team’s lead brewers, said “hundreds and hundreds” of versions were tried until they finally landed on one they were happy with.

“It’s been a long time in the making,” she told the PA news agency.

“We’ve been working on this for over four years now, so it’s really exciting to get to this stage and finally get it outside the gates.”

The early stages of the brewing process mirror those of standard Guinness, with the same main ingredients used – water, barley, hops and yeast.

The key difference is the addition of a cold filtration stage at the end to remove the alcohol from the brew.

Ms Ryan said finding a way to take out the alcohol in a “gentle way” without using heat was crucial in maintaining the Guinness taste.

“Removing alcohol can be quite harsh and a lot of non-alcohol beers out there compromise on flavour,” she said.

“It’s not easy when you take away the alcohol to be left with a beer that has the quality we deem essential at Guinness.

“We knew from the start we didn’t want to put the beer under any thermal stress or to heat treat the beer to remove the alcohol.

“We looked at a lot of different technology solutions to be able to do that and we’re really happy with the one that we landed on because there’s no compromise on the quality at the end.”

Five years ago, Guinness trialled an alcohol-free malt-based drink in Indonesia in response to the introduction of stricter drink laws in the south east Asian country.

Guinness 0.0, which is destined for a worldwide market, is a different product created with a different recipe and process.

It will initially be rolled out in off-sales in Ireland and the UK, with draught Guinness 0.0 due to be available in pubs from the new year.

A global launch of the product is pencilled in for next summer.

She said Guinness was responding to growth in the non-alcohol beer market of around 25% per annum on the island of Ireland and 30% in Great Britain.

While the development process pre-dates the coronavirus pandemic, Ms Wafer said the launch plans had been influenced by the current situation.

“The time for any innovation is always I think when people are also thinking about new occasions and different ways of experiencing our brands and we wanted to make sure that Guinness Zero was available in the off trade now, as people are increasingly drinking at home, and in the new year in the on trade, as it slowly reopens,” she said.

Over 30,000 non-Covid-19 excess deaths at home in England and Wales since March