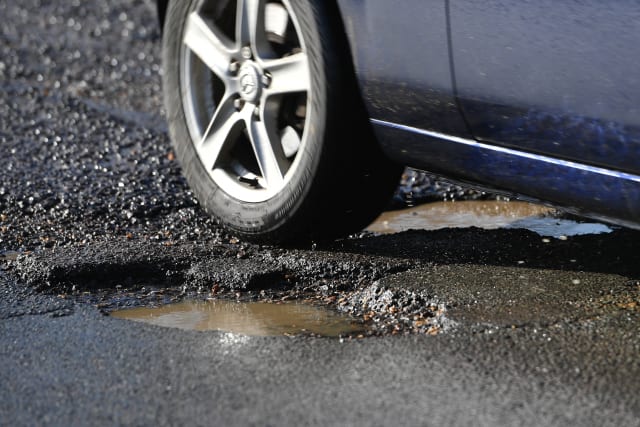 People do not want to see new roads in their local areas, instead favouring less traffic, cheaper public transport – and the potholes fixed, a survey suggests.

And despite sometimes vocal complaints about “low traffic neighbourhoods” which restrict through-traffic in residential streets to make them quieter and safer, the poll found support heavily outweighed opposition to such schemes.

Polling by YouGov for Greenpeace UK quizzed 2,027 British adults over the views on transport in their local area.

It found the majority of people (57%) supported low traffic neighbourhoods, while just 16% opposed them.

The survey also asked people to choose two options for possible improvements to transport in their local area, out of a list of possible seven.

The improvement that topped the poll was for fewer potholes, backed by nearly half of those quizzed (48%), followed by cheaper bus and train tickets (37%) and less road traffic (34%).

New roads being built came bottom of the menu of options with just 8% support, well below other choices such as more cycle paths (21%) and more buses, at 18% support.

“New roads, on the other hand, are the least popular option polled and have a fraction of the support given to greener alternatives like new cycle paths, buses or trains.

“If you’re a politician in charge of the transport budget, we urge you to invest in clean transport and maintaining existing infrastructure before wasting public money on new roads that hardly anyone wants.”

And she said: “The enthusiasm for traffic reduction is mirrored in the widespread support for low traffic neighbourhoods.

“Together with the growth of cycling, electric vehicles and even the clearer skies under lockdown, low traffic neighbourhoods have contributed to a growing realisation that poor air quality and the life-shortening health impacts it brings are not unavoidable, and if we can avoid them, we should.”