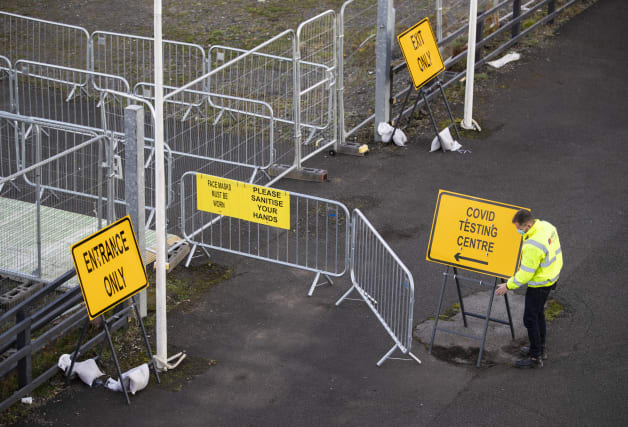 The performance of the NHS Test and Trace system continues to slide, with just one in seven people having a test at a centre getting their result back in 24 hours.

The new weekly data from the programme shows 15.1% of people who were tested for Covid-19 in England in the week ending October 14 at a regional site, local site or mobile testing unit – a so-called in-person test – received their result within 24 hours.

This is down from 32.8% in the previous week and is the lowest weekly percentage since Test and Trace began.

The figures also show a drop to 59.6% in the proportion of close contacts of people who tested positive who were reached.

This is the lowest weekly percentage since Test and Trace began and is down from 63% in the previous week.

For cases handled by local health protection teams, 94.8% of contacts were reached and asked to self-isolate in the week to October 14.

But for cases handled either online or by call centres, this figure was 57.6%.

A total of 101,494 people tested positive for Covid-19 in England at least once in the week to October 14 – a rise of 12% in positive cases on the previous week.