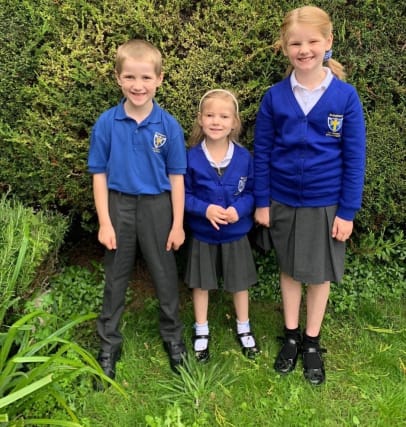 The paternal grandparents of three children killed in the A40 horror smash on the way home from a weekend visit have described the “nightmare” of having to bury three grandchildren and their daughter-in-law.

Sue and Kevin Powell said the crash which killed their 29-year-old daughter-in-law Zoe, and children Phoebe, eight, Simeon, six, and Amelia, four, had come as “a big shock to us”.

Their son, Josh Powell, and 18-month-old granddaughter Penny, both survived the crash.

In a statement issued through Thames Valley Police, they described how Zoe “became our daughter too” when she married school sweetheart Josh.

The pair moved to Sheffield together to attend university before settling in Chinnor, Oxfordshire.

They said: “One of the worst nightmares for a parent is to bury their child, and grandparents do not expect to have to bury their grandchildren. We have to do both.”

They added: “They spent their last weekend with us, travelling home when the accident happened.

“The memories of that weekend bring us so much peace.”

They described their grandchildren as “full of life, independently minded and adventurous”.

Four members of the family died when the people carrier they were travelling in collided with a heavy goods vehicle shortly before 10pm on October 12.

Mr Powell, 30, and daughter Penny both sustained serious injuries but are expected to recover.

The paternal grandparents said: “Penny is now the light of our lives. She is bringing us great joy in our sorrow.

“The challenge for all the grandparents, aunt and uncle, is to help Josh raise her with love, joy and Jesus in her life, to ensure her mum and siblings are as familiar to her as they are to us.

“Her life is extra precious for us all.

“Although Josh remains unwell, he has been able to write a moving tribute to his family. We are immensely proud of him and will support him as he moves forward in this new life.

“We appreciate all the prayers and support and are thankful that we are being left to grieve as a family.”

On Tuesday, Mr Powell released a tribute to his family in which he described how he will “reflect on the fun that we had as a family, with feelings of sadness that it was cut so short”.

A crowdfunding page set up by a railway worker colleague of Mr Powell has now raised more than £150,000.

It is available at justgiving.com/crowdfunding/andrew-welsford.