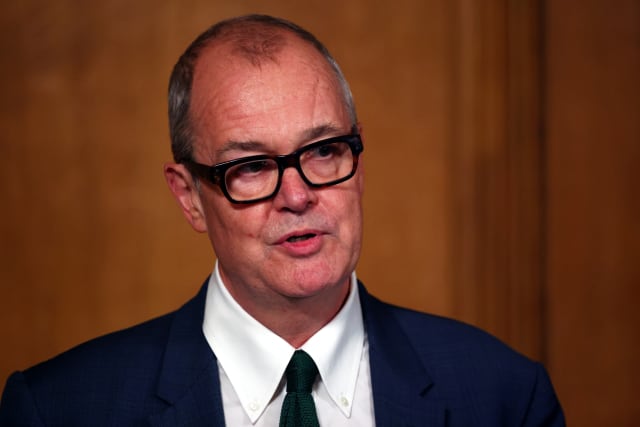 The Government’s chief scientific adviser has not ruled out a “digital Christmas” in England due to social restrictions that “will need to be in place for a while”.

Sir Patrick Vallance told a Downing Street press conference that the prospect of families spending Christmas together depended on whether coronavirus cases could be driven down over the coming weeks.

Tier 2 and 3 restrictions would ban families from different households or support bubbles from mixing indoors on Christmas Day, while people living in Tier 1 areas would not be able to meet in groups of more than six people from outside their household.

It comes as residents in Scotland have been urged to prepare for a “digital Christmas”, after a senior medical advisor to Nicola Sturgeon warned that large family gatherings would be “fiction” this year.

When asked whether the outlook was the same for festivities in England, Sir Patrick said that the Covid-19 case numbers “speak for themselves”.

Coronavirus cases are rising sharply in England, particularly in the North East and North West, putting pressure on hospital resources.

“I think it’s likely that some measures or restrictions are going to need to be in place for a while to try and get those numbers down.

“And so a lot depends on what happens now over the next few weeks.

“At the moment, the numbers are heading in the wrong direction, but there’s some signs in some places of a potential flattening off of that, and we need to wait and see and monitor the numbers very very carefully.”

The R rate is currently between 1.2 and 1.5, with the number of cases “doubling every 14 to 18 days”, according to Sir Patrick.

He said: “Christmas is not going to be normal, there is absolutely no question about that.

“We’re not going to have large family groupings with multiple families around, that is fiction for this year.

“I am hopeful, if we can get the numbers down to a certain level, we may be able to get some form of normality.”