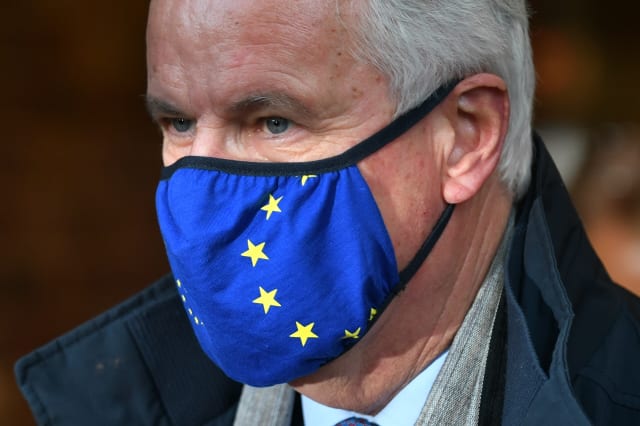 Post-Brexit trade talks between the UK and European Union will continue in London on Friday as Michel Barnier said both sides have a “common responsibility” to strike a deal.

The European Union’s chief negotiator is expected to continue discussions with his UK counterpart Lord Frost as the deadline for an agreement looms.

Talks had been in limbo after Boris Johnson’s deadline for a deal passed last week, but they resumed on Thursday as Brussels said both sides needed to compromise on trade issues.

He told reporters: “I think we have a huge common responsibility.

Number 10 acknowledged that “significant gaps” remain between the two sides and it was “entirely possible that negotiations will not succeed”.

The main stumbling blocks remain fishing rights, the governance of any deal and the “level playing field” aimed at preventing unfair competition, which includes state subsidies.

Time is short to reach an agreement before the end of the transition period on December 31.

Both sides had previously said a deal would need to be reached by mid-October in order to allow time for ratification.

Labour has previously said the net benefit of the deal would amount to just 0.07% of GDP.

Ms Truss said: “Today is a landmark moment for Britain.

“It shows what we can do as an independent trading nation, as we secure modern and bespoke provisions in areas like tech and services that are critical to the future of our country and the reshaping of our economy.

“Trade is a powerful way to deliver the things people really care about.

“At its heart, this deal is about creating opportunity and prosperity for all parts of our United Kingdom and driving the economic growth we need to overcome the challenges of coronavirus.

“The agreement also has a much wider strategic significance.

“It opens a clear pathway to membership of the Comprehensive Trans-Pacific Partnership, which will open new opportunities for British business and boost our economic security, and strengthens ties with a like-minded democracy, key ally and major investor in Britain.”