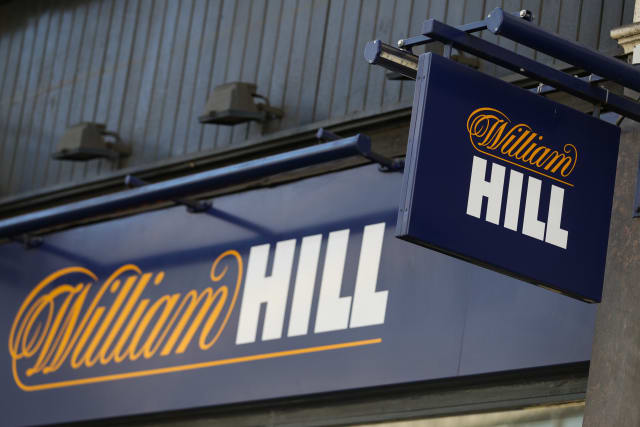 Gambling group William Hill has warned over a profits hit from local coronavirus lockdowns as one in 10 of its betting shops close due to new restrictions.

The firm – which is being bought by US casino giant Caesars after agreeing a £2.9 billion deal last month – said it would likely see around £2 million wiped off its underlying earnings if 100 shops remained closed for four weeks.

This is excluding any wages support from the Government.

Around 10% of William Hill’s 1,414 betting shops are located in regions which are being placed in so-called Tier 3 of the lockdown alert system – with around 8% in the Liverpool region alone.

It is understood around 900 staff work at William Hill’s affected shops.

Betting shops are among a raft of businesses forced to shutter in the highest risk areas, as well as gyms and pubs not selling food, as the Government looks to control a second wave of the pandemic.

It was confirmed last night that Greater Manchester would be placed in Tier 3 lockdown from Friday, followed by South Yorkshire on Saturday, as they join the Liverpool City Region and Lancashire already in Tier 3.

Wales is also entering a “circuit-breaker” lockdown on Friday, forcing the closure of the country’s 366 betting shops.

William Hill said: “As governments vary their response to the Covid-19 pandemic, we will continue to mitigate the impact on our business through careful cost control and cash management.”

Its trading update showed a rebound ahead of the latest restrictions, with the group posting a 9% fall in net revenues for the 13 weeks to September 29 against a 32% plunge seen in its first half.

Betting shop like-for-likes sales bounced back from a 49% decline in the first half to a 2% fall in the third quarter as the number of customers in shops returned close to levels seen before the crisis.

It also saw a solid performance in its online business, with revenues up 4% in the UK and 6% overseas in the third quarter.

The group said it was repaying the £24.5 million received from the Government’s furlough scheme for workers “in light of the good performance and our decisive actions” to bolster its balance sheet.

But the sector is under pressure on a number of fronts, in particular tighter regulation and William Hill said the gambling review is expected to be launched “in the coming weeks”.

It said on announcing the Caesars deal late last month that it comes amid “intense competition in the US and the potential for regulatory disruption in the UK and Europe”.

Caesars already owns a 20% stake in William Hill’s US operations, which have exclusive rights to operate sports betting under the Caesars brand.