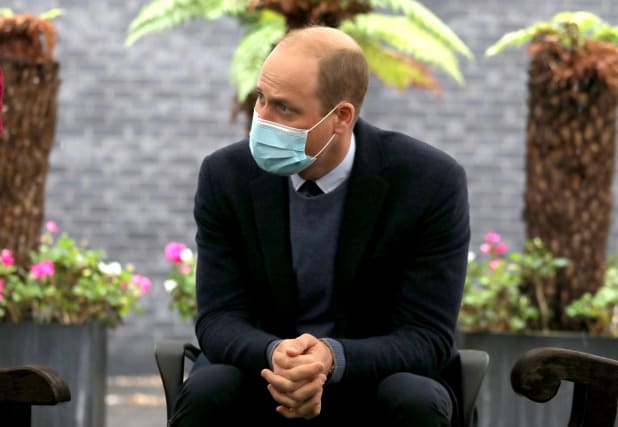 The Duke of Cambridge has acknowledged the “challenging” impact of coronavirus on cancer treatment, as he launched the construction of a £70 million centre to combat the disease.

William’s comments came during a visit to the Royal Marsden’s south London hospital to lay the foundation stone of the Oak Cancer Centre, a research and treatment facility.

In a speech during the ceremony in Sutton, the duke sounded a positive note, saying that despite the Covid-19 outbreak “there remains hope for the many thousands of people dealing with the effects of cancer”.

Cancer care has been severely affected by coronavirus, with one in three people living with the disease saying they have faced delays to treatment, diagnosis or missed appointments due to the pandemic, according to Cancer Research UK.

During his speech William said: “But before the official ground-breaking moment, I want to pause and acknowledge the unimaginable challenges that all those at the Marsden have faced this year.

“The knock-on effects of coronavirus have been felt widely, but the impact on cancer treatment for patients up and down the country has been one of the most acute and challenging.”

The Royal Marsden Cancer Charity has so far raised almost £62 million of the £70 million needed to complete the Oak Cancer Centre.

It is due to open to patients in 2022 and will provide a state-of-the-art research and treatment facility for 400 researchers under the same roof as those receiving treatment.

William went on to say in his speech: “Despite the challenging times we are living in, it is so important we take the time to acknowledge the tremendous work that continues all around us.

“And that irrespective of the global pandemic, there remains hope for the many thousands of people dealing with the effects of cancer.”

In 2007 William became president of the Royal Marsden NHS Foundation Trust, which specialises in cancer diagnosis, treatment and research, and followed in the footsteps of his mother Diana, Princess of Wales, who held the same position from 1989 until her death in 1997.

The duke’s visit came 30 years after Diana laid a ceremonial foundation stone to commemorate the building of the Chelsea Wing at the Royal Marsden’s other hospital in Chelsea, London.

During his visit William chatted to patients to hear how clinical trials have transformed their lives, and to talk about their experiences of receiving treatment during the pandemic.