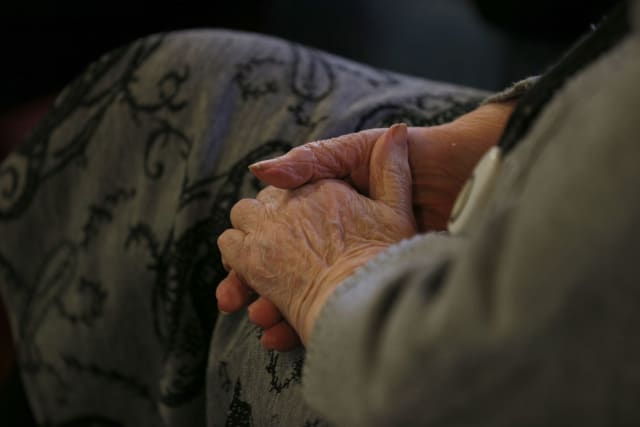 An immediate boost is needed to avert a feared market collapse caused by providers exclusively offering services to clients who fund their own care over council-funded places, a new report warns.

But this figure would not address the growing problem of unmet need, with the full cost likely to run into tens of billions of pounds, the Health and Social Care Committee said.

MPs say they recognise this is a substantial cost at a time of financial pressure but add that the “gravity” of the crisis facing social care demands such a response.

The coronavirus pandemic has “made it clear that doing nothing is no longer an option”, they say.

The committee’s latest report, Social Care: Funding And Workforce, also backs a cap of £46,000 to the total costs an individual will have to pay for care during their life.

And it says more consideration should be given to providing free personal care, which could improve access to care.

This would cost around £5 billion per year, the committee estimates.

The current means-tested system, MPs say, is unfair, confusing, demeaning and frightening for care recipients and their loved ones.

Anyone with assets worth more than £14,250 has to pay for their own social care, while councils fund care for people under this threshold.

The report said local authorities restrict funding to those with the most severe needs, meaning individuals who may previously have been eligible must find a way to fund their care or go without.

The charity Age UK believes 1.4 million older people are not getting the care and support they need, up by 19% in two years.

The wife of one patient, who was diagnosed with dementia in his 60s and found himself without financial support, told MPs: “It is like picking up a random card from a pack and saying, ‘Oh, you’ve got this particular one. Tough. That’s the disease the NHS isn’t going to pay for’.”

Pay of care staff must also be increased, MPs say, they must have access to clear career progression and arrangements must be put in place to ensure staff can continue to be recruited from overseas.

Committee chairman and Conservative MP Jeremy Hunt said the real thank you care workers want is “not a weekly clap but a long-term plan”.

He said: “In this report, we look at one element of that, namely the funding pressures, and conclude that the Government must use the spending review to raise the annual adult social care budget by £7 billion by the end of the parliament as the starting point for a wider series of reforms. Whilst that is a significant sum, it would not increase access or quality of care.

“However it would meet demographic and wage pressures as well as meet the catastrophic care costs faced by people with dementia or other neurological conditions. To address wider issues the sector needs a 10-year plan and a people plan just like the NHS.

“Without such a plan, words about parity of esteem will be hollow. We owe it to both the staff and families devastated by loss to make this a moment of real change.”

Caroline Abrahams, Age UK charity director, said: “It’s a first, and a very welcome one, for a cross-party group of MPs, chaired by a recent secretary of state for health, to acknowledge that social care is underfunded to the tune of ‘tens of billions’ of pounds: now we need the Government to show the same intellectual honesty and commit to finding the cash.”

Nick Ville, director of policy at the NHS Confederation, welcomed the call but added: “Calls for cash have been made plenty of times before, and it is long past time to stop the broken record and start facing the music.”