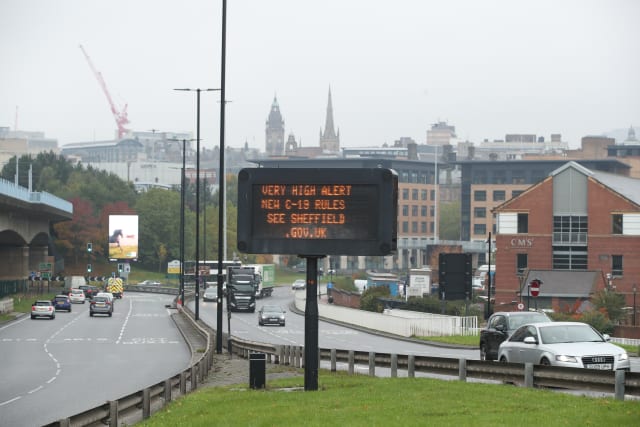 A chief officer leading the policing response to Covid-19 made “strong representations” to the Government that tier rules should be the same wherever they were applied.

Assistant Chief Constable Owen Weatherill told MPs he is continuing to push for simplified messages that are easy for the public to understand.

Force chiefs have said they will not fine members of the public who are confused by the changing regulations, and instead are focusing on clear breaches of the law such as illegal raves.

Mr Weatherill told the Home Affairs Select Committee: “What I’m doing at the centre is trying to engage Government to encourage them to simplify the messaging.

“Myself and Martin Hewitt (chairman of the National Police Chiefs’ Council) went to see the Prime Minister some weeks back, and that was one of our key messages, to seek an undertaking to make some of the messaging much simpler so that the public could understand it and would find it easier to engage with and comply.

“That is a message I continue to push and certainly as far as the recent tiering regulations, I made strong representations there that we should look for simplified, consistent tiers, that would be the same wherever they were applied. That’s what I thought was going to happen 10 days ago.

“The reality now is already starting to drift, and as we are seeing with Tier 3, there are nuances creeping in.”

He told the committee that in retail settings and on public transport, where there is clear messaging about wearing face coverings, levels of compliance are around 90%.

Since rules around masks were brought in, British Transport Police officers have spoken to around 56,000 people about masks, but only needed to issue 92 tickets, he said.

Mr Weatherill added: “Where there is confusion, there is a natural opportunity for people to become worn down, confused and less likely to comply.

“Where it is clear, and can be reinforced with clear messaging, we see much, much greater compliance.”

So far around half of the Covid fines issued in England and Wales have gone unpaid, and Ms Kelly said this fell to 35% of tickets issued during local lockdowns.

She told the committee: “We really need to watch this because in terms of enforcement, it’s not just about fixed penalty notices.

“There are other ways we can work jointly with local authorities and the like to prevent people from actually needing to be fined. So the prevention work is really important.

“We do need to keep an eye on the payment of these fines and of course the backlog it is creating in terms of magistrates’ courts and the Crown Prosecution Service.”

Chief Constable of Lancashire Police Andy Rhodes said that around 4% of calls to the force were Covid-related, and officers were only deployed to incidents which were clear breaches of the law.

He said: “We are genuinely not knocking on people’s doors and saying ‘how many people have you got round for supper tonight?’ That is not the style of British policing.”