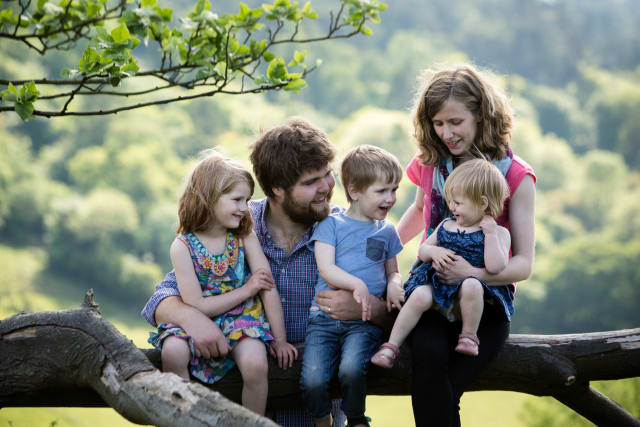 The parents of a woman killed alongside three of her children in a road crash said their deaths have “left a huge hole in our life”.

The couple, who asked not to be named, said that their daughter Zoe, 29, and grandchildren Phoebe, eight, Simeon, six, and Amelia, four, “were all so full of life and fun”.

The four were killed when the Subaru people carrier they were travelling in collided with a heavy goods vehicle on the A40 near Oxford on Monday October 12.

Mrs Powell’s husband, Josh, and their 18-month-old daughter Penelope, known as Penny, who were also passengers in the Subaru, survived the crash.

In a joint statement, the maternal grandparents said: “We will deeply miss seeing them grow and develop.

“We are praying for the full recovery of Josh and little Penelope.

“While we are deeply grieving for her life on earth cut short, we do have hope.”

“She did so much in her short life, became a Christian and married Josh at 18.

“While earning a 2:1 at Sheffield University she also had Phoebe and Simeon.

“After graduation, Zoe and Josh made a home in Chinnor, where Zoe then had Amelia and Penelope.”

They added: “The loss of Zoe, Phoebe, Simeon and Amelia has left a huge hole in our life.”

On Tuesday, Mr Powell released a tribute to his family in which he described how he will “reflect on the fun that we had as a family, with feelings of sadness that it was cut so short”.

He said: “I had been blessed with four wonderful children, whose thirst for life and hunger for adventure kept me busy but in the best possible way.”

He said there were “many battles to come” but said he wanted to “thank everyone who has stood by me” and Penny.

The HGV driver, a 56-year-old man, suffered minor injuries and has co-operated fully with the investigation, officers said.

The tragedy came months after the Powell family “lost everything” when they were forced into temporary accommodation following a fire at their home in Chinnor, South Oxfordshire.

A crowdfunding page set up by a railway worker colleague of Mr Powell’s has now raised £150,000.

It is available at justgiving.com/crowdfunding/andrew-welsford