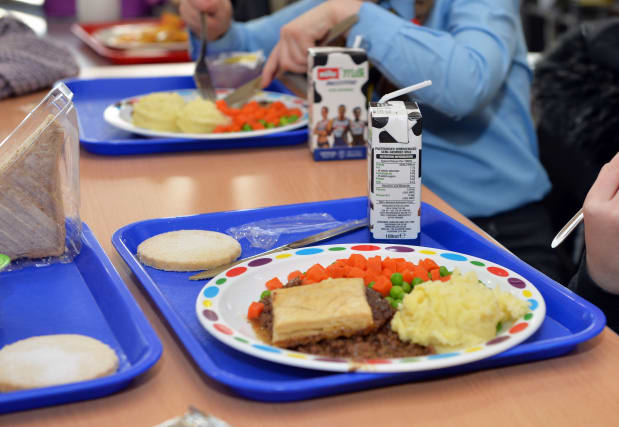 Downing Street is resisting pressure to back England football star Marcus Rashford’s bid to extend free school meals over the holidays as MPs prepare to vote on the issue.

The Manchester United player warned politicians not to “turn a blind eye” to vulnerable families and said he would be “paying close attention” to the vote.

Labour’s motion – to be debated in the Commons on Wednesday afternoon – calls for the scheme to be extended over school holidays until Easter 2021.

But a Number 10 spokesman said: “While schools continue to play an integral role in the community, it’s not for them to regularly provide food during school holidays.”

Downing Street has come under mounting pressure to perform a U-turn, and has faced criticism after some Tory MPs weighed in on the issue.

Conservative MP Ben Bradley wrote on Twitter: “Gov has lots of responsibilities: supporting the vulnerable, helping people to help themselves, balancing the books.

“Not as simple as you to make out Marcus. Extending FSM to sch hols passes responsibility for feeding kids away from parents, to the State. It increases dependency.”

Tory minister Paul Scully told the BBC that “children have been going hungry under a Labour government for years” and insisted the Government had been tackling the issue.

But Conservative Robert Halfon, chairman of the Commons Education Select Committee, urged the Government to continue providing meals over the holidays while the coronavirus crisis was ongoing and called on ministers to work with Rashford.

But in the Commons, Boris Johnson continued to resist calls for a change of tack.

“We support kids on low incomes in school and we will continue to do so,” he told MPs at Prime Minister’s Questions.

“But the most important thing is to keep them in school and not tear off into another national lockdown taking them out of school.

“We will continue to use the benefits system and all the systems of income to support children throughout the holidays as well.”

Earlier Rashford, who was made an MBE for his efforts this year, urged his 3.4 million Twitter followers to lobby MPs to back his campaign.

He said: “Paying close attention to the Commons today and to those who are willing to turn a blind eye to the needs of our most vulnerable children, 2.2 million of them who currently qualify for free school meals.”

Rashford said the economic hit as a result of the coronavirus pandemic had made the situation worse than it was at the start of the crisis.

“We aren’t in the same position we were in in the summer, it’s much worse,” he said.

“The number of children with little to no access to food has risen significantly.”

Mr Halfon told BBC Radio 4’s Today programme that he would either vote for the Labour motion or abstain depending on what the Government said in the Commons.

He added: “What the Government needs to do is to have a long-term plan, sit down with the taskforce set up by Marcus Rashford and actually come up with a serious plan and a budget to deal with this problem.

“All the statistics show that families are struggling. We know that 10% of families are affected by food insecurity.

“I am not arguing this should happen forever, but the free school meals should at least go on until we are out of the coronavirus, god willing, by next spring.”

Labour’s motion calls for the scheme to be extended over school holidays until Easter 2021.

The party’s analysis showed that nearly one million children living in areas that are subject to Tier 2 and Tier 3 coronavirus restrictions are set to lose access to free school meals over the upcoming holidays.

“Everyone knows feeding hungry children is a top priority. I’d like to see UC (Universal Credit) boosted,” he said.

“But if the economy and currency collapse, the poor will be devastated. Alleging a blind eye is just wrong.”

A Government spokesman said: “We have been giving substantial support to families and children, by providing free school meals when schools were partially closed, increasing welfare support by £9.3 billion, and giving councils £63 million for families facing financial difficulties.

“We also provided vouchers through the Covid Summer Food Fund, in addition to the Holiday Activities and Food Programme.

“Now that the vast majority of pupils are back in school and over 99% of schools have been open every week since term began, kitchens are able to provide healthy, nutritious meals to all children, including those eligible for free school meals.”