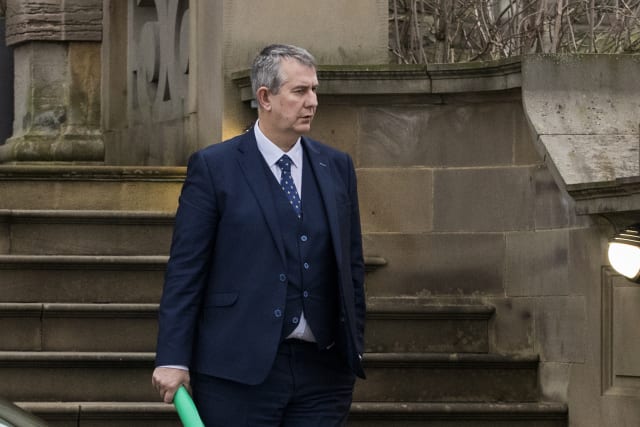 Stormont minister Edwin Poots has denied linking the spread of Covid-19 to religion, accusing rivals of “twisting and distorting” his comments on infection rates in nationalist areas.

The DUP Agriculture Minister was accused of sectarianism last week after he claimed the virus was more rife in nationalist areas than unionist ones by a factor of six to one.

Five days after the furore erupted, the Lagan Valley Assembly member issued a statement on Wednesday expressing deep regret that a “narrative has been created” suggesting he was linking the spread of Covid-19 to religion.

“Over the course of the last few days Sinn Fein and others have tried to distort and twist comments I made in reference to the spread of Covid-19,” he said.

“At no time did I attribute the spread of Covid-19 to religion. It is deeply regrettable that such a narrative has been created.

“It is obvious such spread is related to behavioural issues, nothing more nothing less.

“I cherish my Catholic friends and neighbours. I would never intentionally use words that would cause them offence.

“Covid-19 is spread by bad behaviour such as that exemplified at the Bobby Storey funeral.”