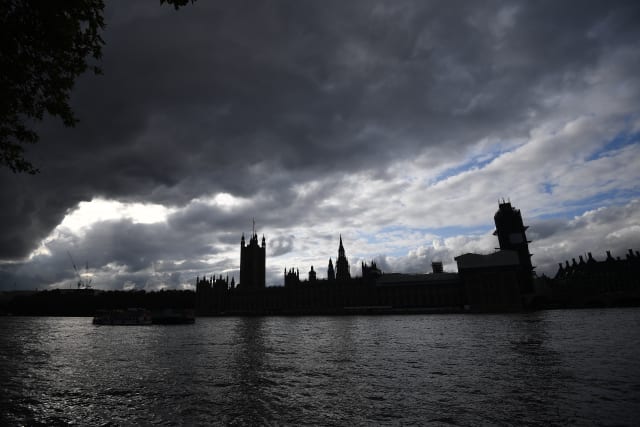 The UK and Scottish governments need to work together to “learn the lessons” of the Covid-19 pandemic, a committee of MPs has said.

The Scottish Affairs Committee voiced concern that the “lack of regular, timetabled meetings” between ministers in Edinburgh and London could be contributing to a “degree of mistrust” between the two administrations, adding that the pandemic has “laid bare the weaknesses built into the UK systems of governance”.

In a report looking at the impact of coronavirus on Scotland, the committee said the country “was not fully prepared for a pandemic” – despite pandemic planning operations such as Exercise Cygnus in 2016 – and “had not learned lessons from previous exercises in pandemic preparedness when it came to healthcare in Scotland”.

More than 4,300 deaths in Scotland have now been linked to coronavirus, with almost half (46%) taking place in care homes.

The committee heard the virus could result in more than £800 million of Scottish food export sales being lost this year.

“Major sectors of the Scottish economy have been left in a state of shock,” its report said.

Part of any UK-wide public inquiry into the virus must focus on the impact of the pandemic in Scotland, the MPs recommended.

They made the call as their report considered the working relationship between Nicola Sturgeon’s administration in Edinburgh and Boris Johnson’s Government in London.

The committee said: “It was clear that effective working relationships between the governments of all four UK nations would be required during the pandemic: a virus does not respect borders.

“We are concerned that a lack of regular, timetabled meetings with no consistent format may be contributing to a degree of mistrust between the Scottish and UK governments from both sides.”

The MPs said it was “not clear to us that Office of the Secretary of State for Scotland has identified a useful role for itself during the pandemic”.

The report stressed: “It is imperative that the UK and Scottish governments work together to learn the lessons from the pandemic. These lessons need to be learned and implemented swiftly to ensure that the response to the continued pandemic is as effective as it could be.”

Meanwhile, on the issue of migration, the committee recommended the number of workers allowed to come into the UK as part of the Seasonal Workers Pilot Scheme be increased by at least 50%.

The MPs warned: “Not having enough people to harvest Scottish food puts an important part of the Scottish economy at risk, along with the ability to feed Scottish people and export food.”

Instead the committee recommended all key health and social care workers be added to the list for Scotland – with the Scottish Government also urged to “do more to encourage a larger share of migrants to the UK to live in Scotland”.

Committee chairman Pete Wishart said that in both the food and drink and health and social care sectors “pre-existing shortages of or difficulties in recruiting such key workers have contributed to the already enormous impact of the coronavirus pandemic”.

He said: “Immigration remains a major issue here. Both sectors are reliant on recruitment from abroad, and despite efforts domestic recruitment could not fill the already depleted staffing levels when the virus struck.

“We’re calling for the shortage occupation list for Scotland to cover all health and social care workers and for the UK Government to increase the numbers on the Seasonal Workers Scheme.

“Although immigration is a reserved power there are levers at the Scottish Government’s disposal that could help the situation, more could be done to encourage a larger share of migrants to live in Scotland.

“We need to use the lessons of the present pandemic to ensure that we are better prepared for the next.”

The UK Government’s Scottish Secretary Alister Jack said: “The UK Government is doing everything possible to keep people safe and protect the Scottish economy from the shock of the pandemic.

“We will continue to support jobs and businesses in Scotland through the difficult months ahead.

“We have expanded our Job Support Scheme, extended our scheme for self-employed people and provided additional support for business.

“This direct support to people in Scotland is on top of an £7.2 billion in additional funding to the Scottish Government.”

Kate Forbes, the Scottish Government Finance Secretary, also said: “We share the committee’s concerns and have repeatedly called on the UK Government to recognise that a tailored approach to migration within a UK framework is necessary.

“We need to make it easier for talented and hard-working migrants to settle in Scotland and contribute to our economy and society.

“Sectors with key workers who we have all relied upon to support us through the pandemic will be hit particularly hard by the UK Government’s policies, including social care and food production and a recent study found almost seven out of 10 employers of seasonal migrant workers in Scotland expect Brexit to make it harder for them to recruit.

“I will be writing to the Home Secretary as a matter of urgency, raising my concerns about the Migration Advisory Committee’s recent recommendations.

“While the inclusion of senior care workers is welcome it does not go far enough.

“Only a small proportion of the social care sector falls into this category and thus the concerns of the sector remain largely unaddressed.

“We also note the committee’s views on economic support.

“We have responded quickly to support businesses through this unprecedented crisis with a package worth more than £2.3 billion and we will continue to listen to businesses and tailor our support accordingly.”