It was ‘never appropriate’ to question Lord Janner on abuse claims, inquiry told 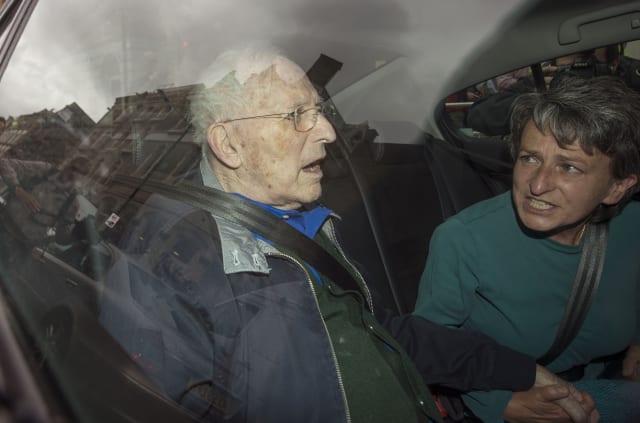 A former police detective on the team investigating historical sex abuse claims against Lord Janner said it was “never appropriate” to arrest and interview the late Labour peer, despite claims against him from two former children’s home residents, an inquiry has heard.

Retired detective sergeant James Wynne was among the officers on Leicestershire Police’s Operation Magnolia, which began in 2000 following allegations of staff physically and sexually abusing residents at children’s homes in the county in the 1980s.

It was later widened to include allegations against Lord Janner, although prosecutors were not informed of claims he abused children.

Mr Wynne told the Independent Inquiry into Child Sexual Abuse (IICSA) on Wednesday that he did not ever discuss interviewing Lord Janner with Operation Magnolia’s senior investigating officer, despite the allegations.

He said: “The investigation never reached a stage where it would have been appropriate (to interview Lord Janner).

Mr Wynne, giving evidence via video link, then acted out a potential conversation between police and a suspect when asked by inquiry counsel Jacqueline Carey why the evidence of an alleged victim was not enough to pull Lord Janner in for interview.

Mr Wynne, playing both parts in the imagined exchange, said: “It would have been like me asking: ‘Excuse me sir, this person says that you’ve abused them’.

“‘Well I don’t know, we haven’t identified the premises or…’

“‘I don’t know, we haven’t identified this and…’

“‘Is there any medical records?’

“‘I don’t know, we haven’t investigated that.’”

He told the inquiry: “It never reached that level of having investigated completeness.”

Mr Wynne added that the complainant’s allegations were “largely discounted” because of concerns about his credibility.

The inquiry heard members of Operation Magnolia met the Crown Prosecution Service in November 2001 to discuss whether charges could be brought against care home staff.

Mr Wynne, however, said he did not remember whether allegations against Lord Janner were brought up at that meeting. The inquiry previously heard that the claims were not shared with prosecutors.

Concluding the evidence heard during the open session, Ms Carey asked Mr Wynne: “In general terms, do you think the police investigated the Janner allegations properly during the course of Operation Magnolia?”

Mr Wynne replied: “I believe we investigated them as fully as we could.”

A subsequent report in 2016 found that failures by police and prosecutors meant three chances were missed to charge Lord Janner with historical abuse allegations, including at the conclusion of Operation Magnolia in 2002.

Lord Janner, who had Alzheimer’s, died in December 2015 while awaiting trial for 22 counts of child sexual abuse offences, relating to nine different boys, dating back half a century.

He denied the allegations.

The latest IICSA strand, which is examining institutional responses to allegations against the former Leicestershire MP, is being held largely behind closed doors in an attempt to limit illegally identifying alleged victims of sexual abuse.

The hearings are due to conclude at the end of next week.