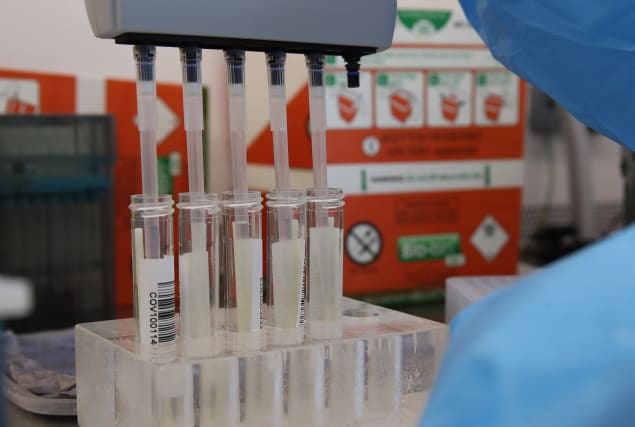 The UK has reported its highest daily rise in lab-confirmed coronavirus cases since the outbreak began.

On Wednesday, the Government announced a further 26,688 lab-confirmed cases of Covid-19 in the UK, taking the total number to 789,229.

Experts have previously warned that describing the daily figure as a record could be “misleading” as it is not clear how many people were actually infected during the height of the first wave, due to a lack of community testing at the time.

The daily number of positive cases has climbed steeply in recent weeks and has nearly doubled in the last fortnight.

The number of patients in hospital and on ventilators is also increasing.

Separate Government figures show there were 5,828 Covid-19 patients in hospital in England on Tuesday – the latest figure available – up from 3,905 a week ago, while 559 were in ventilation beds, up from 441.

These numbers are highest in the North West of the country, where 2,042 patients were in hospital as of Tuesday, with 186 people on ventilators.

Last month, two of the Government’s top advisers, Professor Chris Whitty and Sir Patrick Vallance, warned that cases could reach around 50,000 a day by mid-October if cases doubled every seven days.

Speaking at a Downing Street briefing last week, Prof Whitty talked about rising numbers of infection in a number of regions across England.

He said: “The rates since the middle of August have been going up steadily in the North East, the North West and parts of Yorkshire and the Humber, at a more moderate rate in the eastern West Midlands and in London, and at a much lower rates currently – but I think we should be not lulled into a false sense of security here – in the South West, the East of England, and the South East.”

According to last week’s Test and Trace figures, almost one-and-a-half million people are being tested a week for Covid-19 in England.

The most recent statistics available, covering the week up to October 7, show that 89,874 people had a positive result of the 1,425,644 who were tested.

This meant that 6.3% of people tested had a positive result, according to Test and Trace officials.