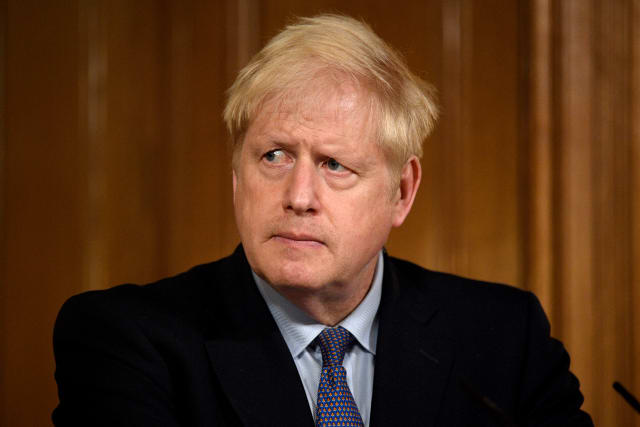 Boris Johnson is set to announce south Yorkshire will move into the highest level of coronavirus restriction, with ministers saying the Government and local leaders are on the “cusp” of an agreement.

But a spokesman for the Sheffield City Region said talks were continuing and a deal had not yet been agreed, and Mr Jenrick acknowledged “there are some further points we need to discuss”.

The expected move in south Yorkshire comes as the fallout continued from the bitter row over Greater Manchester’s move to Tier 3 coronavirus restrictions.

Mr Jenrick said an announcement on Sheffield City Region would be made shortly.

“It’s not right for me to pre-empt a full statement that the Prime Minister and Dan Jarvis will make later today,” he told Sky News.

“But we have had very successful conversations with him and with the leaders of South Yorkshire.

“Again there’s a serious situation there, and rightly they wanted to take action.”

On BBC Radio 4’s Today he said: “I hope that we will be able to reach an agreement later today but there are some further points we need to discuss.”

Sheffield City Region said there had been “extensive and constructive talks” which would continue in order to agree a plan to “protect lives, jobs and our NHS”.

In Greater Manchester, the Government imposed Tier 3 restrictions – including the closure of pubs, bars and betting shops – from Friday without the agreement of local leaders.

Talks broke down with the Government unwilling to provide the £65 million asked for by mayor Andy Burnham as the “bare minimum to prevent a winter of real hardship”.

The Government had offered £60 million and Mr Jenrick said “the mayor and local leaders were not willing to agree to the package of support that we wanted to put in place”.

Despite initially confirming only a £22 million package to support contact tracing and enforcement of the new rules in Greater Manchester, ministers have said the extra support is still on the table.

“This isn’t a game, it’s about people’s lives, people need proper financial support,” he said. “This is a national crisis and we won’t defeat this virus on the cheap.”

Labour will force a Commons vote on Wednesday demanding a “fair one nation deal” for areas facing Tier 3 restrictions.

Mr Burnham, who has called for a national framework for funding, said: “Our aim in this negotiation was simple: to agree a deal based on what people will actually need to get through this rather than the arbitrary sum being forced on us all one by one.

“We hoped to set a template for others to use. Presumably that’s why the Government walked away.”

Rates of coronavirus infection in most areas in Greater Manchester continued to climb in the seven days to October 15, however they have started to drop in Stockport, Trafford and Manchester in the south of the region.

Meanwhile, there were another 21,330 lab-confirmed cases of coronavirus in the UK, the Government said on Tuesday, and a further 241 people died within 28 days of testing positive.

This was the highest daily death figure reported since June 5, but there is often a delay in the reporting of deaths over a weekend.

As well as the Sheffield City Region, other areas are known to be in discussions with the Government about the possibility of being moved to Tier 3, including the North East, West Yorkshire, Teeside and Nottinghamshire.

As discussions continued on the next steps in the battle with coronavirus, the former head of the civil service said there were “legitimate” questions about Whitehall’s preparedness.

Lord Sedwill, who stood down last month as cabinet secretary, told the BBC: “Although we had exercised and prepared for pandemic threats, we didn’t have in place the exact measures, and we hadn’t rehearsed the exact measures.

“I think there is a genuine question about whether we could have been better prepared in the first place and that is obviously a very legitimate challenge.”