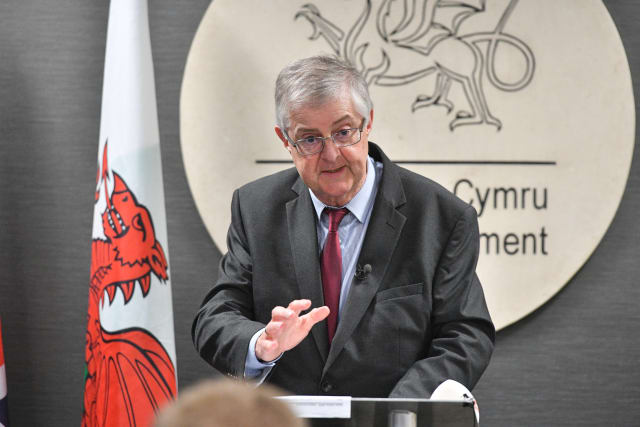 The First Minister of Wales has described “difficult days” when both his mother and wife contracted Covid-19.

Mark Drakeford previously said that he had not been living in his home to protect family members who were shielding.

He spoke in July of how he had moved into a building in his garden, so that he did not pose a risk to them, due to his job.

Mr Drakeford told BBC Newscast on Monday that there had been a “series of difficult moments” throughout the coronavirus pandemic.

“On a purely personal level, both my wife and my mother fell ill with coronavirus at a point when I was not able to live at home because they were both vulnerable,” Mr Drakeford said.

“There were some difficult days while they were quite unwell.

“On another level, if I look back, I spent a weekend back in April in conversations with people about what we would do if we ran out of critical care capacity, if we didn’t have the ventilators we need, if our medical staff on the front line were having to make invidious choices between who they could treat and who they couldn’t treat.

“Nobody comes into the sorts of jobs that we do expecting to have to face those sorts of decisions, and mercifully they didn’t turn out to be real decisions.”

Mr Drakeford said clinical colleagues were having such conversations over that weekend.

“When you sit and face the reality of that and you’re being drawn into the fact that that actually might happen here in Wales, then that was a very deeply sobering moment,” he said.

“Thank goodness that, in the end, we were able to avert that.”

Mr Drakeford told BBC Newscast that he had last been at a Cobra meeting with Prime Minister Boris Johnson about two weeks ago.

He said he had spoken to Mr Johnson about his “regret” that such meetings were not held more regularly and described them as sporadic and at short notice.

“I think we would have faced that better if we’d got together more often, we’d done it in a way that was reliable and predictable.”

Mr Drakeford said a weekly meeting sounded “reasonable”, adding that it would not need to last more than 30 minutes or so.

“Without that sense of a regular and reliable rhythm to patterns of contact between us, I think it has made it more difficult to do the jobs in the way that I would like to see us do them,” he added.