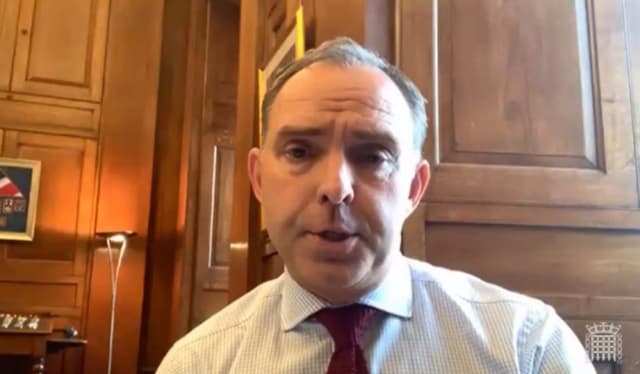 The former head of the Civil Service has acknowledged that there were “legitimate” questions about Whitehall’s preparedness for the coronavirus outbreak.

Lord Sedwill, who stood down last month as cabinet secretary, said they did not have all the “exact measures” in place to deal with the pandemic.

However, he said some of the criticism had been misplaced and that off-the-briefings attacks on its performance had been “damaging” to good governance.

He said the Government’s efforts to enforce lockdown restrictions had been undermined by Dominic Cummings’ trip to Country Durham at the height of the first wave.

Lord Sedwill, who was appointed to the post under Theresa May, stepped down after reportedly clashing with Boris Johnson’s most senior adviser.

He was one of a number of senior officials to leave in the months after Mr Johnson became Prime Minister last year.

He rejected suggestions that their departures had been “part of a campaign” to get rid of officials ministers did not like, saying the situation was “more complex”.

“Governments want people they have confidence in, of course,” he said.

“We go through periods of this kind when there’s perceived to be an attack on the underlying values of the Civil Service, but actually, those values and the institutions serving governments with impartiality have always prevailed and I’m confident they will continue to do so.”

However he said that attacks in the press on senior officials over Brexit and other issues had been “unpleasant” and damaging.

“It is damaging to good governance and those responsible should recognise the damage they’re doing, even if they’re indulging themselves in some short-term tactical ploy,” he said.

Lord Sedwill said it would be for a future inquiry to determine whether the lockdown in March was imposed quickly enough and whether the state had the right capabilities to deal with a pandemic.

“I think there is a genuine question about whether we could have been better prepared in the first place and that is obviously a very legitimate challenge.”

While Mr Johnson said that while Mr Cummings had acted “reasonably” when he drove to County Durham after his wife developed coronavirus symptoms, Lord Sedwill said it was a “mistake”.

“It was clearly a difficult moment for the Government. It was a mistake – whether everyone should quit every time they make a mistake, I don’t think is right.

“But it clearly undermined the Government’s coherent narrative about people following the rules.”