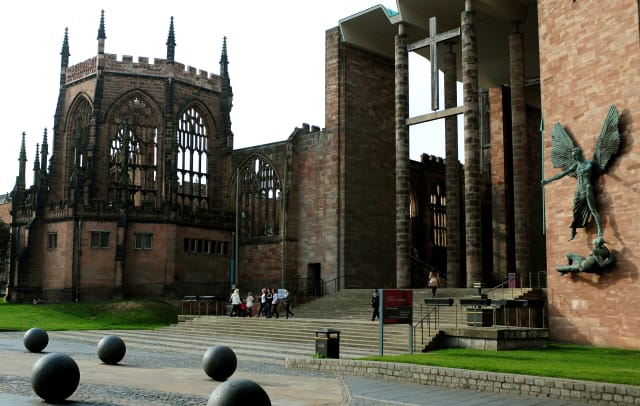 Coventry will face harsher coronavirus restrictions as it is moved into Tier 2, the local council has confirmed.

Households will be banned from mixing indoors in the Midlands city, after a rise in positive cases in recent weeks.

Coventry City Council said it expects the new High Risk rules to come into force at midnight on Friday.

Government data analysed by the PA news agency suggests the infection rate in the city had reached 180.1 per 100,000 residents by Wednesday, up from 160.4 a week earlier.

The council said that around 40% of positive cases are being found in the 18-21 age group.

The local director of public health called for a “determined effort by the whole city; everyone who lives and works here” to bring the rate down.

Liz Gaulton said in a statement: “We would urge everyone to continue following health guidelines and look closely at the new measures that come with the Tier 2 level so we can halt the spread of coronavirus in our city.”

The West Midlands mayor said it was “clear the city needs to move to stricter restrictions” but said the new rules will present a “serious economic challenge”.

“I will continue to press Govt on this & I’m confident we will get a breakthrough soon.”

The council leader also called for more help from central Government, asking them to “mend the broken test, track and trace system so it is the world-class service we were promised”.

Councillor George Duggins added: “I believe, without this failure, these additional restrictions may not have been necessary.”

Several areas in the West Midlands have been under Tier 2 restrictions since the system was announced last week.