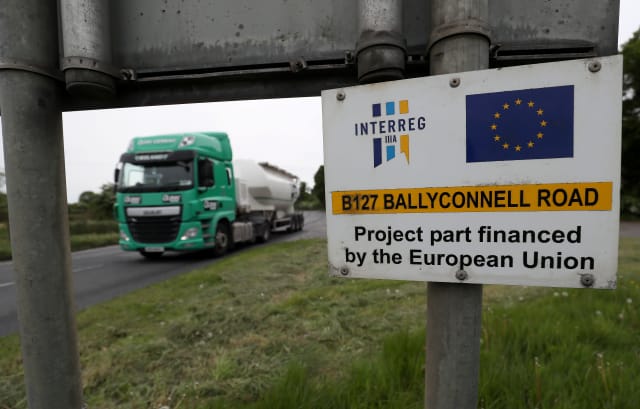 The controversial Brexit legislation will not survive because it is a rule of law issue and not a Brexit one, an Irish parliamentary committee has been told.

Members of the House of Lords told Irish politicians that the contentious provisions in the UK Internal Market Bill were an attempt to force negotiations with the EU.

The British Government suffered a defeat on Tuesday, with peers backing by 395 votes to 169, majority 226, a "regret" amendment, condemning the controversial provisions.

The legislation gives powers to British ministers to override the Brexit divorce deal.

Stewart Wood, a Labour peer and former Northern Ireland adviser to ex-prime minister Gordon Brown, said that Tuesday's motion was the "biggest political defeat" since the reform of the House of Lords in 1999.

"If this vote was to be seen about Brexit it would have limited force, but I think the size of the vote suggests there was a general consensus this is more about the rule of law than Brexit, and that has political force," he told the committee.

"I don't see how the Bill can proceed unamended, but that is the political nexus for the next three or four weeks."

Lord Kerr said it is clear the Government cannot get the controversial clause of the Bill through.

"The majority in favour of the 'regret' motion would have been much smaller if it had been just a Brexit issue."

Conservative Baroness Couttie said there is a lack of evidence to back up the Government's claim that the EU is acting in bad faith.

"If they were then that would mean that the Internal Market Bill with Clause 5 within was not in fact breaking international law," she told committee members.

"I don't think anybody within the Conservative Party, within the House of Lords or Parliament as a whole would want to break international law, so there is just a difference of opinion as to where you come down in the circumstances of having not got any evidence."

Asked why the British Government refuses to use the dispute resolution process, Baroness Couttie said: "Informally I have been told that the concern was, if the joint committee did classify all agricultural goods and food products moving from the UK to Northern Ireland as being 'at risk', this would cause such an impact on the Northern Ireland economy.

"(And) indeed possibly the peace in Northern Ireland, given the unionist desire to remain intact as part of the UK that would have serious detrimental impact on the UK in the short term."

She said, however, they have received no evidence to back up those claims.

Liberal Democrat peer Lord Oates said it is no longer an issue about Brexit, but is about rule of law and the reputation of the UK.

"There is no doubt about the breach of international law, he added.

"We take it extremely seriously. This in its current form won't go through the House of Lords and hopefully the Government will see that and remove the relevant part."

He added: "Trust has been undermined. This is probably brinkmanship and attempt to force negotiations – I'm not sure it has been effective."

Lord Wood said that the controversial clause was included in the Bill as a reassurance mechanism for hardline Brexiteers.

"It was signalling, don't worry that if you don't like things that we may have to agree, because ultimately there will be legislative provision that ultimately override things we don't like," he told the committee.

However, Baroness Couttie disagreed, saying that she suspects negotiations between both sides got "quite fraught".

"Someone in the negotiations made some comment about their ability to behave vexatiously and use the joint committee to block goods from Great Britain into Northern Ireland as a negotiating threat," she added.

"The British Government's response to that was Clause 5. They are viewing it as a safety net."