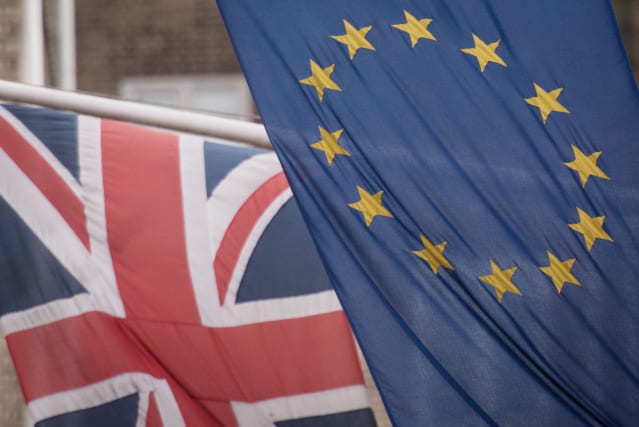 Business leaders on a call with the Prime Minister Boris Johnson and Chancellor of the Duchy of Lancaster Michael Gove on Brexit have described the meeting as "pointless".

The virtual meeting to discuss how the Government aims to support businesses after the end of the Brexit transition period on December 31 was scheduled on Tuesday morning for 3pm the same day.

According to the Government, 250 businesses were on the call, which had been scheduled for an hour but only lasted 23 minutes, with Mr Johnson and Mr Gove discussing their levelling up agenda.

One leader told the PA news wire: "There was no opportunity to ask questions and it was completely choreographed.

"Only three people were allowed to ask questions, set up in advance, and we were essentially told 'it will all be fine'.

"It was a little bit of a ramble, but, they were basically talking about the levelling up agenda.

"It was a wasted 23 minutes of my life. It was pointless."

Another leader on the call added: "It wasn't a constructive or helpful discussion. It felt like it was putting the onus on business."

Others declined to comment, saying they were concerned any criticism could lead to any Government support being cut.

According to reports, Mr Johnson left the call after 10 minutes and Mr Gove described Brexit as being "like moving house – it's a hassle at first, but you are upgrading".

An official Government handout quoted Mr Gove saying: "I am hugely appreciative of the efforts that so many companies have made over the course of this year, both to help us deal with the Covid crisis and also to prepare for the end of the transition period.

"We know that this December 31 we will be leaving the customs union and single market, come what may.

"It's in law, and it's a fact that the EU and UK accept as immoveable, and that means we need to make sure we're ready."

Leaders on the call described it as an opportunity to re-enforce the message that an extension to talks with the EU is fanciful.

One said: "The whole thrust (of the call) was: there is no extension. I think it was a real marker put down that for anybody who believe there is a possibility that it might get extended – it won't happen."

The Federation of Small Businesses (FSB) was one of the three organisations chosen in advance to ask a question.

Following the meeting, a spokesperson said: "There are two key developments that our members who trade internationally want to see at this critical moment.

"Firstly, assurance that large corporations will work cooperatively with small suppliers to ensure that help – not risk and longer payment terms – are passed down supply chains as we embark on a new relationship with the EU.

"And secondly, the introduction of transition vouchers: grants worth up to £3,000 for small firms that trade internationally to spend on preparations for January 1.

"We raised these recommendations in our original pre-budget submission to the Treasury and have been actively discussing their potential with the Cabinet Office to help the UK transition campaign.

"We look forward to productive conversations with the wider business community and policymakers around them."