‘People-powered’ events announced for Coventry as UK City of Culture 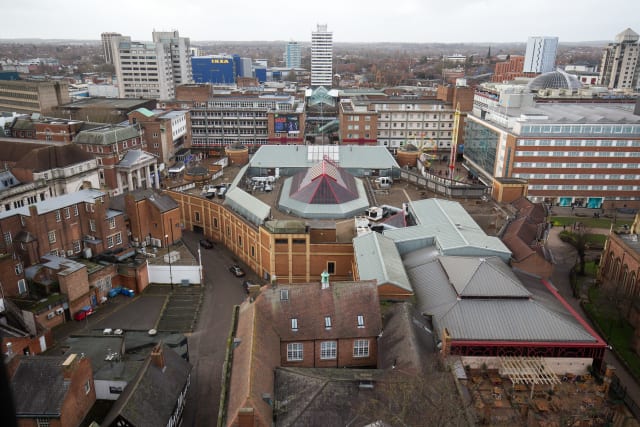 A programme of “people-powered” events for 2021 has been announced for Coventry’s UK City of Culture showcase.

Unveiling plans on Wednesday, organisers said they were determined the occasion would not end up a “digital festival”, amid the uncertainty caused by the coronavirus pandemic.

The signature event will begin with a performance called Coventry Moves on May 15, involving up to 10,000 people from across the city.

Organisers said the ambition was “still to make this work” as a large-scale event involving thousands of people despite Covid-19, said creative director Chenine Bhathena.

She added: “Our ambition is that 10,000 people from the city will take part in making, creating and doing the story-telling for our show, with the caveat we don’t know what’s ahead of us.”

A packed year-long programme will also see the prestigious Turner Prize coming to Coventry and the Midlands for the first time, hosted at the Herbert Art Gallery and Museum.

An exhibition of the short-listed artists will run from September 2021 until January 2022, with the winner announced on December 1.

One of the city’s most famous sons, The Specials’ frontman Terry Hall, will be performing live and collaborating with other artists, in July 2021.

Coventry will also host a 3.5-metre tall mechanically-operated puppet named Amal on June 21, which will, by then, have travelled nearly 5,000 miles across Europe from the Syrian border, to raise awareness about unaccompanied child refugees.

The events are among the 15 projects announced by the City of Culture’s organising trust in a webcast, with more to be unveiled early next year.

There are also collaborations with city artists in visual arts, theatre, music and dance, and literature, covering topics such as history, the environment, race and religion.

In August, the CVX Festival featuring music co-produced by rapper Jay1, will spread an anti-violence message among young people.

Coventry was named City of Culture in 2017 by the Department for Digital, Culture, Media and Sport, following in the footsteps of Derry-Londonderry and Hull.

The trust which has been organising Coventry’s showcase announced in the summer it was delaying the start of its £35 million programme to May 2021, because of the impact and ongoing uncertainty caused by the pandemic.

As the country continues to find itself in the grip of coronavirus, Ms Bhathena said organisers “never ever considered cancelling”, but did take the decision to delay the launch by five months.

“We really also didn’t want to delay too far,” she said.

“We agreed that May 2021 would be a really good moment to focus on and of course we don’t know what’s going to be happening next summer.

“But we felt reasonably confident we could start a journey that creates hope, that brings people back together in a safe way and really kick-starts local economies and sees investment in our sector, which is really struggling.”

She added a “huge amount” of contingency planning had been done in the background.

Ms Bhathena said despite the coronavirus, the vision and ambition was always “going to be centred around people and communities in the city – it was going to be people-powered”, adding that “hasn’t changed”, despite the pandemic.

She said organisers wanted to show Coventry off as “a city of pioneers and activists, a place of invention and test-bed for new ideas and a place where green futures are being re-imagined”.

“We want to welcome lots of visitors to the city in a socially-distanced, safe way and build confidence we can still have live events in our towns and cities,” she said.

Darren Henley, Arts Council England chief executive, said that after a “difficult year”, “the impact of Coventry 2021 as part of this country’s recovery cannot be underestimated”.

Culture Secretary Oliver Dowden said it was “a wonderful opportunity for Coventry to showcase and champion its arts and culture offering to people in the city, the West Midlands and beyond”.

George Duggins, Coventry City Council leader, said the announcement was “a much-needed boost” that would “leave a lasting legacy” for the city’s people.