University applicants unlikely to face ‘tougher competition’ for places in 2021 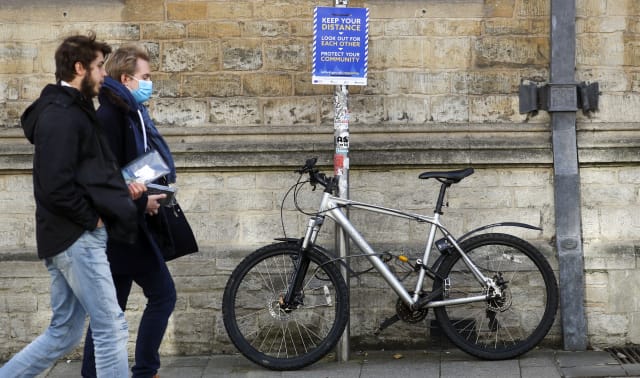 Students applying to university in 2021 are unlikely to face tougher competition for places due to the events of the summer, a minister has said.

There were fears that next year’s admission cycle could be affected by applicants deciding to defer starting degree courses due to the pandemic.

But universities minister Michelle Donelan said there have not been “mass hordes of students” deferring and instead there have been a record number of people entering university this year.

It comes after the Government called on universities to prioritise students from disadvantaged backgrounds for admission “where possible” following the U-turn on A-level grades this summer.

Institutions were urged to honour offers to students who met their conditions after Ofqual allowed results to instead be based on schools’ estimated grades four days after results day.

Speaking at a virtual Ucas event on Facebook, Ms Donelan said: “We saw very small numbers of students being asked to defer from their first choice.

“And the overall number of students that have deferred has only increased by 0.1% based on where we were last year.”

She added: “There are no reasons why the competition is going to be a lot higher next year based on what’s happened this year.

“We will have international students as well that we want to continue to welcome from across the globe as well as domestic students.

“But there’s no reason why students should be sat there thinking that they are going to be facing a much tougher, competitive scenario next year than they would have done this year.”

Ms Donelan said the Government is working towards making sure that students applying for more competitive courses, like medicine and dentistry, are not disadvantaged by caps.

She added: “We want to break down those barriers and ensure that this cohort has those equal chances to get on the courses that they’ve worked so hard for.”

Clare Marchant, chief executive of Ucas, told the event: “As an 18-year-old looking to apply in 2021, you’re at a far greater advantage than perhaps someone in 2024-2025 because there is still a low number of 18-year-olds in the population.”