Tiered lockdown expected to begin in Scotland on November 2 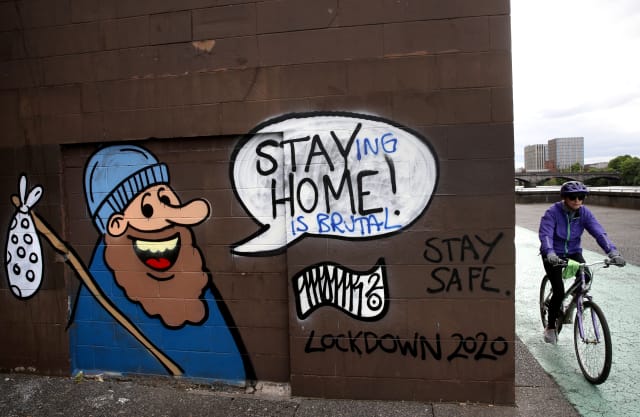 A new tiered system of lockdown restrictions will come into force in Scotland on Monday November 2 if approved at Holyrood next week, the First Minister has said.

Nicola Sturgeon said some areas may face stricter measures than those currently in force in the central belt, where licensed hospitality venues have been temporarily closed.

She told the Scottish Government’s coronavirus briefing in Edinburgh on Tuesday that she will update the country about the temporary restrictions on hospitality businesses on Wednesday.

The Cabinet will decide if these restrictions, brought in on October 9 to stem a rise in cases and due to end on October 26, will be extended until the implementation of the tiered framework.

The First Minister set out the timeline for the decisions as she announced 15 coronavirus deaths and 1,456 positive cases were recorded in Scotland in the past 24 hours.

She told the briefing the new measures in the tiered framework, if approved by MSPs, will come into effect on November 2 – aligning with the UK Government’s new furlough scheme.

“We need to assess that on the basis of the up to date data.”

Under the temporary restrictions, bars and licensed restaurants in five health board areas – Greater Glasgow and Clyde, Lanarkshire, Ayrshire and Arran, Lothian and Forth Valley – have been forced to close for all but takeaway services.

The First Minister urged eligible businesses to apply for a new fund to support those impacted by the measures.

She said: “I would encourage all eligible businesses to apply.

Giving an update on the daily figures, she said the death toll of people who first tested positive for the virus within the previous 28 days has risen to 2,625.

Of these patients, 69 are in intensive care, a rise of eight.