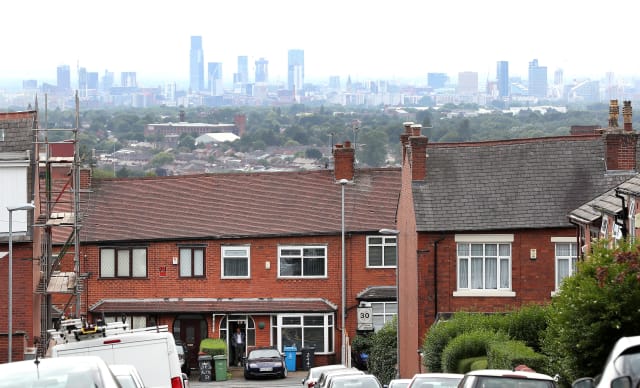 Greater Manchester leaders had asked for £90 million to support the region through to the end of the financial year but so far the Government has only agreed to £22 million to help authorities implement and enforce restrictions.

Both the Liverpool City Region and Lancashire secured £30 million of business support on top of the £14 million and £12 million, respectively, agreed for enforcement.

At a Downing Street briefing, Prime Minister Boris Johnson did not confirm whether Greater Manchester would be getting any extra funding.

He said: “Obviously we want to do more, but for the sake of fairness the deal has to be in line with the agreements we reached with Lancashire and Merseyside, where we have made progress.”

Greater Manchester mayor Andy Burnham said leaders had been prepared to reduce their funding request to £75 million, or even to a “bare minimum” of £65 million, but said the Government had “walked away” from negotiations.

He told a press conference: “At no point today were we offered enough to protect the poorest people in our communities through the punishing reality of the winter to come.

“Even now I am still willing to do a deal but it cannot be on the terms that the Government offered today.”

Led by Mr Burnham, leaders of the 10 boroughs of Greater Manchester became the focus of a power struggle between local and national government as they dug in against Tier 3 restrictions.

Northern leaders said the Government initially offered a “take it or leave it”’ deal, but as opposition grew there was speculation they would sweeten the deal with extra funding.

Details of the funding package for Liverpool City Region were announced at the weekend, after it became the first region to be subject to Tier 3 restrictions on Wednesday.

Lancashire’s deal, negotiated with 15 local council leaders, was “as good a deal as was going” or a “disgrace” depending on which town hall boss was asked.