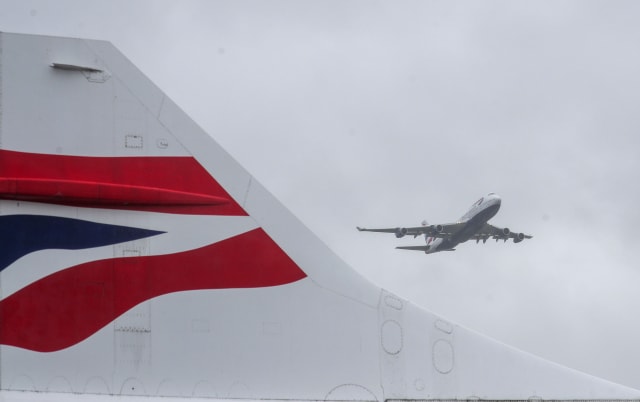 Shares in companies with a major presence in Manchester felt the squeeze on Tuesday, as the Government failed to reach a deal with local politicians over support for businesses during Covid-19 restrictions.

In what was otherwise a mildly positive day for London markets, AJ Bell and PZ Cussons, whose headquarters are in the city, dropped by 2.3% and 1.6%.

Meanwhile, AstraZeneca, which has a big factory in Manchester, saw its shares fall back 0.5%.

“Overall, there hasn’t been too much excitement in the markets today,” said CMC Markets analyst David Madden.

“Restrictions in some countries, because of the health crisis, are tighter and with the way things are going in terms of the number of new coronavirus cases, there are fears that further restrictions could be in the offing.”

London’s top index was dragged up by British Airways owner IAG, which saw a growth spurt, rare in Covid-19 times, after the news that passengers flying to Hong Kong and Italy can get one-hour virus tests at Heathrow Airport.

The countries require passengers to test themselves before departing the country of travel.

IAG’s shares jumped by 6.9% on Tuesday as a result.

On the other side of the English Channel the Cac 40 in Paris was flat and the Dax in Frankfurt dropped by 0.9%.

Across the Atlantic the S&P 500 and Dow Jones were both up by around half a per cent by the time markets closed in Europe.

However, Spreadex analyst Connor Campbell said that US politics could affect markets in New York later in the day.

“More volatility could still be expected in the run-up to Nancy Pelosi’s stimulus deadline this evening,” he said.

“That is unless investors are now comfortable with the assumption a deal isn’t getting done this side of the election, based on Joe Biden’s consistent lead in the polls (and the sizeable relief package a blue wave would likely produce).”

In company news, shares in housebuilder Bellway dropped by 3.7% after its profits dropped by nearly two thirds and it revealed a £46.8 million charge after the Grenfell fire forced it to change cladding on some of its buildings.

Reckitt Benckiser’s gained some ground, closing up 0.01% after revealing that sales in the three months to the end of September rose by 6.9%.

Britvic, which makes Robinsons fruit drinks, said that it will accelerate its shift to 100% recycled plastic for its drinks bottles.

Shares were up 6.4%, but that is likely more to do with the 20-year deal it signed to produce and sell drinks from PepsiCo.