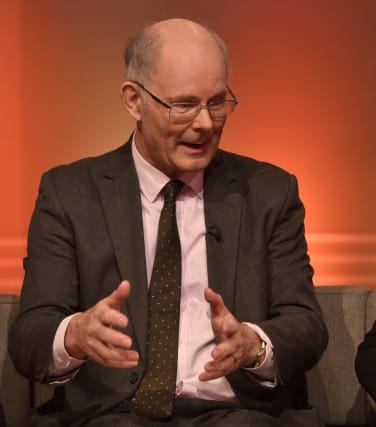 The “gender gap” in support for Scottish independence is disappearing in recent polls, according to Professor Sir John Curtice.

The elections expert said studies from 2014 found men were much more likely to vote Yes than women, who supported No to a larger degree.

Sir John said recent polls found this gap has shrunk or vanished altogether, while a number of pollsters have found support for independence has risen above 50%

He has published a blog post analysing the recent polling on Scottish independence on the What Scotland Thinks website on Tuesday.

The University of Strathclyde academic cautioned against reading too much into the recent Ipsos MORI poll for STV, which put support for Yes at 58%, as another poll by Savanta ComRes put Yes support at 53%.

He said: “The fact that we have had two polls whose fieldwork dates overlap, one pointing to a further increase in support for independence and one not, means that at this stage at least we have to reserve judgment on whether there has been a further increase on the modest lead for Yes that has been consistently reported by the polls since June.

“This is particularly the case given that Ipsos MORI’s poll was their first of this year and thus we have no previous reading from the coronavirus era with which to compare their latest reading.

“What we can say on the basis of the two polls is that there continues to be a sustained lead for Yes – it is now nine polls in a row that have put Yes ahead, a wholly unprecedented picture.”

The professor said two demographic features were worth nothing are the disappearance of the “gender gap” and the continued difference in age groups.

He said: “It may, perhaps, even be the case that a narrow majority of men voted Yes in 2014 and either way the No victory appeared to rest heavily on the support of women – who perhaps were more averse to what they considered to be the risks of independence.

“Now, the picture appears to be rather different. On average the last nine polls have put support for Yes at 54%.

“These same nine polls on average put the figure for both men and women at 54% too.”

He said younger voters continue to support a Yes vote in greater numbers than older Scots, while many voters are finding it “difficult to follow” the argument over the transfer of EU powers.

On the economy, Sir John said those who voted No in 2014 largely continued to be sceptical about the economic prospects of independence despite concerns over Brexit.

With one poll finding a majority in favour of keeping the pound as Scotland’s currency, he said: “Survation’s poll found that over half (54%) would like to keep the pound in the long-term, while only 19% back using the pound in the short term before eventually switching to a separate currency.

“Even among those who voted Yes six years ago, only 30% favour the latter strategy.

“Here is one issue in the constitutional debate where there is apparently still much more argument and discussion to be had.”