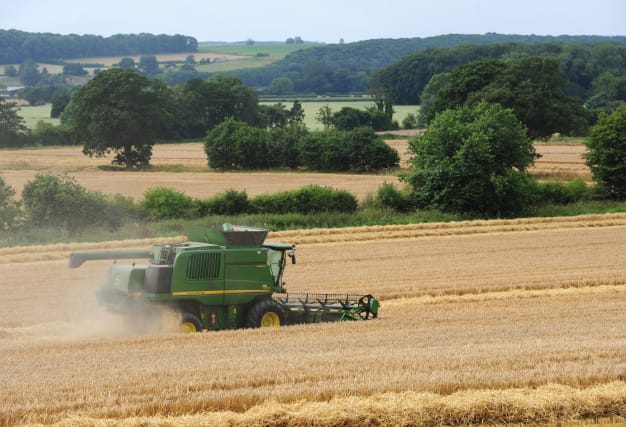 Ryedale in North Yorkshire has been identified as England’s most in-demand countryside market for home buyers looking for a lifestyle change.

There has also been a surge in buyers seeking out the good life in Herefordshire, North Devon and the Malvern Hills, the analysis from Zoopla found.

Zoopla found Rydedale was the rural area with the highest boost in sales agreed, with a 63% uplift in the past six months, compared with the same period in 2019.

It was followed by Herefordshire, which has seen a 46% increase, and Sevenoaks in Kent, where sales have increased by 44%.

In North Devon, sales are up by 31%, while in the Malvern Hills they have increased by 26%, the research found.

Many housing market reports have pointed to home buyers searching for more space since the coronavirus lockdown started, where they can perhaps work from home more and commute to the office less often.

Grainne Gilmore, head of research at Zoopla, said: “We are seeing a cohort of buyers choosing to buy in more rural locations, which can offer a different style of living, especially for those who have increased levels of flexibility around working from home.”

While moving out of the city is often associated with better value for money, in many areas buyers are paying a premium to live in a more rural location, Zoopla said.

For example, the Cotswold district, which encompasses Chipping Campden and Chipping Norton, generally commands higher prices than Bristol – a city that people living in this area may be commuting to.

In the Malvern Hills, a three-bedroom semi-detached home is £30,000 more expensive typically than a house in nearby Birmingham, Zoopla said.

And it found that a three-bedroom semi-detached house in the High Peak district is, on average, £54,000 more expensive than in nearby Sheffield.

Buyers wanting to make cost savings may want to look to Sevenoaks in Kent.

The average price of a three-bedroom semi-detached house in Sevenoaks, Kent, is £428,000. With the same type of property in nearby London costing an average £538,000, this amounts to a potential cost saving of £110,000.

Meanwhile, the price of a three-bedroom semi-detached house in the Isle of Wight comes in at £232,000 – £60,000 cheaper than an equivalent property in the city of Portsmouth.

Typical savings of £19,000 can only also be made in the district of Horsham in West Sussex. A three-bedroom semi-detached home in this district has a price tag of £405,000, while in Brighton the price for the same type of property is £424,000.

Here are the rural districts in England with the biggest percentage increases in sales agreed, comparing April to September 2020 with the same period in 2019, and the average price of a three-bedroom semi-detached house, according to Zoopla: