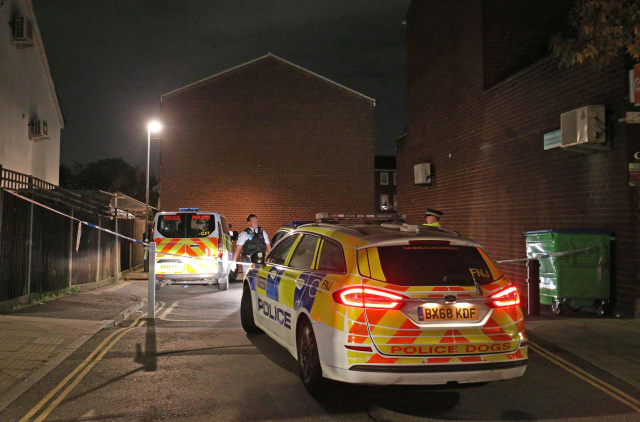 A teenager is fighting for his life in hospital following a stabbing in north London, police said.

Officers were called to an address in Feldman Close, Clapton, around 8.15pm on Tuesday and “a number of males” were arrested on suspicion of possession with intent, Hackney Police said in a statement.

Police said a 19-year-old man had been taken to hospital and his condition “is being treated as life-threatening”.

Anyone with information is asked to call 101, citing reference number CAD 7398/20Oct.