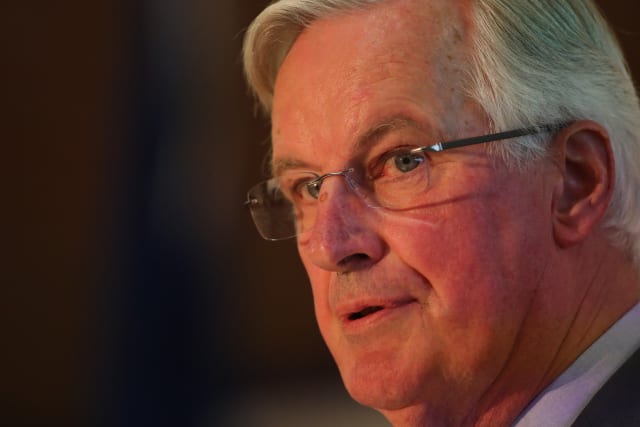 Trade talks between the UK and European Union remain in limbo despite further discussions between the two sides.

Lead negotiators Lord Frost and Michel Barnier spoke on Tuesday but Downing Street said there had not been a breakthrough.

Meanwhile the Government suffered a defeat in the House of Lords over controversial legislation that enables ministers to break international law by tearing up parts of the Brexit divorce deal Boris Johnson struck with Brussels.

Talks on the future trading relationship between the UK and EU stalled last week and Downing Street has insisted there is no point in resuming negotiations unless Brussels is prepared to fundamentally change its position in key areas.

Brussels said both sides will need to compromise if an agreement is to be reached, with time running out for a deal to be in place when the transition arrangements expire at the end of the year.

Following his talks with Lord Frost, Mr Barnier said: “My message: we should be making the most out of the little time left. Our door remains open.”

A Number 10 spokesman said: “Lord Frost and Michel Barnier had a constructive discussion.

“The situation remained as yesterday, and they will remain in contact.”

Downing Street wants a “clear assurance” that the EU is prepared to make a “fundamental change in approach” to the talks.

In the House of Lords, the Government suffered a heavy defeat over the UK Internal Market Bill.

Peers backed a “regret” amendment by a majority of 226, condemning the contentious provisions and warning they “would undermine the rule of law and damage the reputation of the United Kingdom”.

Tory rebels included senior lawyer Lord Keen of Elie, who resigned as advocate general for Scotland over the legislation, and ex-leader Lord Howard.

The Archbishop of Canterbury Justin Welby and other senior bishops also backed the motion criticising the legislation.