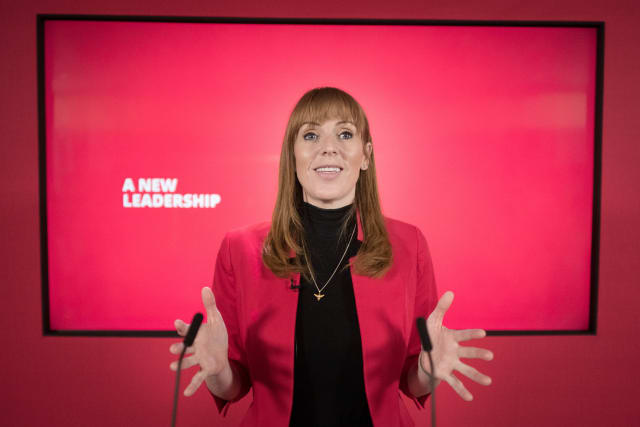 Labour will use a Commons vote on Wednesday to call for free school meals to be extended over each school holiday from October half-term to Easter 2021.

The party claims analysis shows nearly one million children living in areas that are subject to Tier 2 and Tier 3 coronavirus restrictions are set to lose access to free school meals over the upcoming holidays.

Ms Rayner said the Government was spending money on consultants rather than school children living in districts designated Tier 2 and Tier 3 Covid-19 alert areas during the coronavirus pandemic.

The deputy Labour leader said: “No child in our country should be waking up hungry and having to face the day worrying where food might be coming from.”

Ms Rayner called for Conservative support in the Wednesday vote.

Labour’s support ensures pressure continues to mount on ministers to back Manchester United footballer Marcus Rashford’s campaign to extend the offer of free meals for children over the school holidays.

A parliamentary petition started by the England star, which demands food be provided during all holidays and for free school meals to be expanded to all households on Universal Credit, has garnered around 300,000 signatures since being launched late last week.

Mr Rashford, who has been made an MBE for his services to vulnerable children, forced a Government U-turn on free school meal vouchers for eligible pupils over the summer holidays.

The fact that his petition has attracted more than 100,000 signatures means it must now be considered for debate by MPs, under Parliamentary petition guidelines.

Mr Rashford turned the blowtorch on the Government by urging his 3.4 million Twitter followers to lobby their MPs ahead of Wednesday’s vote.

However, Downing Street has shown reluctance to extend the scheme, with a spokesman indicating last Thursday that ministers would not provide free school meals to children in England during the Christmas break.