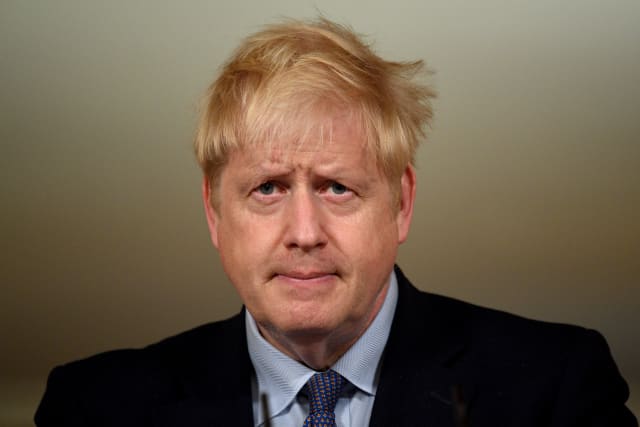 Boris Johnson has imposed tough coronavirus restrictions on Greater Manchester after talks aimed at reaching an agreement ended in acrimony.

Greater Manchester Mayor Andy Burnham said talks collapsed after the Government refused to meet his demand for £65 million to support the livelihoods of people in the region as they face the closure of pubs, bars, bookmakers and other premises.

But Whitehall insiders accused the Labour mayor of “intransigence” and claimed his “pride” had scuppered a deal.

Amid the bitter recriminations between politicians in Westminster and Manchester, the lives of 2.8 million people will be placed under tougher curbs from Friday.

Addressing reporters in Manchester, Mr Burnham said leaders of the authorities in Greater Manchester had originally wanted £90 million – £15 million a month until the end of the financial year – to protect incomes for people forced out of work.

They reduced that sum eventually to £65 million, but ministers would only offer £60 million.

The Prime Minister only confirmed a £22 million sum as he announced the new restrictions at a Downing Street press conference.

Mr Burnham said £65 million was the “bare minimum to prevent a winter of real hardship” over a “punishing” winter.

The mayor accused the Government of walking away from the talks, saying: “At no point today were we offered enough to protect the poorest people in our communities through the punishing reality of the winter to come.

“Even now, I am still willing to do a deal but it cannot be on the terms that the Government offered today.”

He repeated his call for Parliament to agree a framework for future areas which face going into Tier 3 restrictions to avoid the kind of wrangling that has been going on in Greater Manchester.

“I don’t believe that we can proceed as a country on this basis through the pandemic by grinding communities down, through punishing financial negotiations,” he said.

Pubs and bars will be closed, unless they are serving substantial meals, for a 28-day period, along with betting shops, casinos, bingo halls, adult gaming centres and soft play areas.

The Prime Minister said regulations will be laid in Parliament on Thursday and come into force just after midnight.

“I know that these restrictions are tough, both on businesses and individuals – believe me, no-one wants to be putting these things into effect,” he said.

The new measures could lead to the closure of more than 1,800 pubs and 140 wine bars, as well as 277 betting shops and 12 casinos, according to the real estate adviser Altus Group.

– Downing Street said talks are continuing with local leaders in the North West, the North East and Yorkshire and Humber about further coronavirus restrictions.

– The Government said that, as of Tuesday, there had been a further 21,330 lab-confirmed cases, while a further 241 people had died within 28 days of testing positive – the highest daily figure reported since June 5 and taking the UK total to 43,967.

– Mayor of London Sadiq Khan called for the 10pm curfew in the capital to be scrapped now the city is under Tier 2 coronavirus restrictions.

– Test subjects could be exposed to the new coronavirus in controlled settings from January in a bid to speed up vaccine development, officials confirmed.

– Number 10 confirmed that, under Tier 2 and 3 rules on household mixing, people can still meet up for work meetings indoors under certain circumstances.