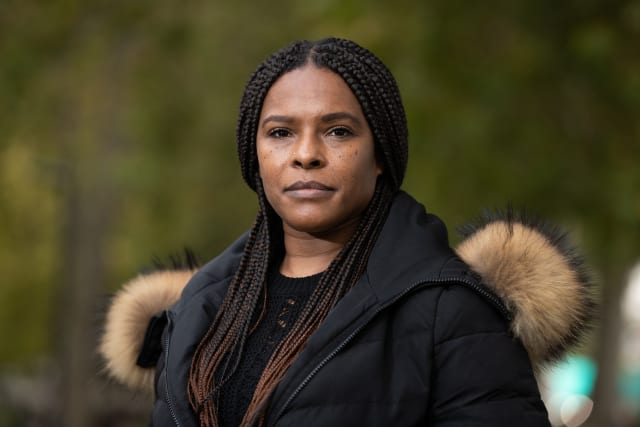 A woman who saw her two-year-old grandson shot in the head has appealed for anyone with information to “do the right thing” and help police find the attacker.

Lillian Serunkuma said the toddler has been left with “life-changing injuries” after the bullet missed a crucial artery by one millimetre, and she fears the gunman “is a risk to the community”.

Police are offering a £20,000 reward for information that leads to a conviction, and have also released CCTV of a moped they believe was involved in the incident in Harlesden, north-west London, in June.

The gunman shot four people – the toddler, his 27-year-old mother, who was hit by several bullets as she shielded him, including one which narrowly missed her heart, and two men in their late teens.

Detectives believe the attacker fired at one of the young men first, before aiming into a car containing the other victims, as well as two other children who were unharmed.

The boy’s grandmother witnessed the incident, which happened in Energen Close, Harlesden, at around 9.45pm on June 3, after taking care of her grandchildren for the day.

It came just a few years after her 15-year-old son died in a stabbing attack.

Ms Serunkuma said her daughter and grandson, who surprised doctors by coming out of an induced coma in June, are “doing the best they can”.

She said the incident had affected her whole family, adding: “It’s changed me as a person, just on a general day-to-day level, being able to go out and have a good quality of life, that’s been changed due to the apprehension of things like that happening.

“I just feel that (the gunman is) a risk to everybody, not just to us. My thing is, if that person’s mindset is that way, it’s not something that anybody should have to be put through.”

Appealing for anyone with information to come forward, Ms Serunkuma said: “I’d just like to say that I truly do understand how people would be reluctant to say something, but not saying something means that this person is able to be free, and to maybe do the same thing again, and to affect another family in the same way.”

The two teenagers caught up in the shooting of her grandson just under three years later were Quamari’s friends.

His then 15-year-old killer was jailed at the Old Bailey for at least 14 years for murder.

Detective Chief Inspector Pete Wallis, of Scotland Yard, said Ms Serunkuma and her daughter have no criminal links, but police “remain open-minded about the motive” and it being gang-related is “one of the considerations”.

Mr Wallis said officers hope someone will recognise the moped from the CCTV released on Tuesday, adding that they will protect the identity of anyone who comes forward with information.

He said: “It’s incredibly important. We need people to step up now, and tell us what happened.

“The only way we can progress this inquiry and bring the person to justice is if people are brave enough to come forward and give us evidence at this time, hence the reward of £20,000.

“It’s incredibly unusual that a two-year-old would be shot in such a brutal way, he’s very lucky to have survived.”

Asked if he considered the gunman to be a major threat to the public, he said: “I don’t think to the general public, that would be wrong to say that.

“However, someone who’s willing to shoot a two-year-old child at point-blank range is clearly a high-risk individual that we wish to convict.”

Mr Wallis added that police have not yet recovered the attacker’s weapon, but believe it to have been a self-loading pistol.

Six people who were arrested between June and mid-August have been released under investigation.

Three other men, aged 23, 29 and 37, were arrested on suspicion of assisting an offender.

The 29-year-old was re-arrested on suspicion of conspiracy to murder, but has since been released again.