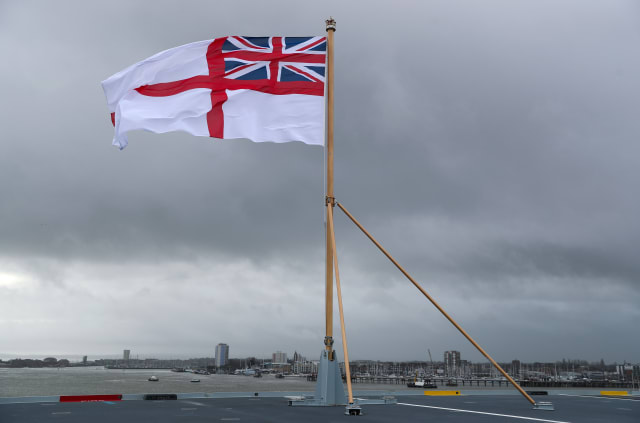 A former Royal Navy officer has been stripped of his MBE by the Queen after he was jailed for defrauding nearly £60,000 from his stepson’s inheritance fund.

Iain Shepherd, of Bognor Regis, West Sussex, a retired lieutenant commander, had been awarded the MBE in 2015 for services to European maritime strategy.

But in July 2019, Shepherd was sentenced at Portsmouth Crown Court to three years and eight months in prison for faking his wife’s signature to set up a secret bank account to siphon £58,895 from the inheritance fund of his stepson Joshua Powell.

The Falklands veteran was ordered to repay £19,497.

A notice on The Gazette official public record states: “The Queen has directed that the appointment of Iain Cochrane Shepherd to be a Member of the Civil Division of the Most Excellent Order of the British Empire, dated June 13 2015, shall be cancelled and annulled and that his name shall be erased from the Register of the said Order.”

Following the removal of the MBE, his wife told The Portsmouth News: “I’m absolutely delighted his MBE has been taken away.

“He should never have been awarded it because he was an undeclared bankrupt, a liar and a cheat.”

Travel between Wales and parts of the UK permitted from Friday

‘Good chance’ of a Brexit deal in the next few days, Irish Foreign Minister says