EU: ‘Pretty obvious’ both sides will need to compromise in post-Brexit talks 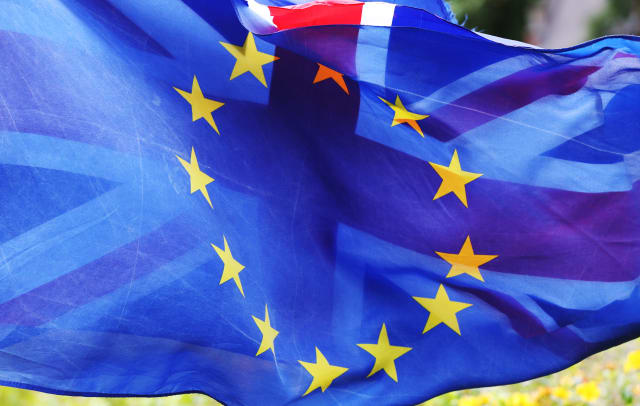 The European Union has signalled it is prepared to make compromises in order to revive trade talks with the UK – as long as Boris Johnson’s Government also gives ground.

Lead negotiators Lord Frost and Michel Barnier were speaking to each other again on Tuesday but official trade talks remain in limbo.

Downing Street has insisted there is no point in resuming negotiations unless the EU is prepared to fundamentally change its position in key areas.

Brussels said both sides will need to compromise if an agreement is to be reached, with time running out for a deal to be in place when the transition arrangements expire at the end of the year.

In Westminster, the Prime Minister’s official spokesman said Lord Frost would need to hear a commitment to compromise from the EU.

“What the UK’s chief negotiator needs to see is a clear assurance from the EU that it has made a fundamental change in approach to the talks and that this is going to be a genuine negotiation rather than one side being expected to make all of the moves,” the spokesman said.

The Prime Minister and Michael Gove, the Chancellor of the Duchy of Lancaster, were expected to hold a conference call with business chiefs on Tuesday to urge them to prepare for leaving the single market and customs union at the end of the year.

With just 10 weeks until the transition finishes, Mr Johnson and Mr Gove will use the call to tell bosses they should be ready for major change regardless of whether there is a deal with Brussels.

On Monday, Mr Barnier appeared to hold out an olive branch, offering to intensify talks with negotiations based on legal texts – two key British demands.

Initially, the offer was welcomed in the Commons by Mr Gove as a “constructive move”.

But while No 10 acknowledged that there had been a “constructive discussion” between Mr Barnier and his UK counterpart Lord Frost, it said there was still no basis to resume negotiations.

“The EU still needs to make a fundamental change in approach to the talks and make clear it has done so,” Lord Frost said.

The major stumbling blocks remain access for EU boats to UK fishing grounds and the “level playing field” rules to ensure fair competition – including any state subsidies that the Government might seek to give to UK firms.

Under the transition arrangements – which kicked in after the UK left the EU at the end of January – Britain has continued to enjoy full access to the single market and customs union, but that is due to end at the close of the year.

While Mr Gove acknowledged that leaving the transition period without a trade deal would cause “some turbulence”, he insisted there could be no going back.

Meanwhile, the Government has launched a “time is running out” campaign urging businesses to get ready for the end of the transition period on December 31, regardless of whether a trade deal is in place.

Business leaders, however, have urged both sides to compromise, warning a final no-deal break – with the imposition of tariffs, quotas and customs controls – would deliver another blow to an economy still reeling from the impact of the coronavirus.