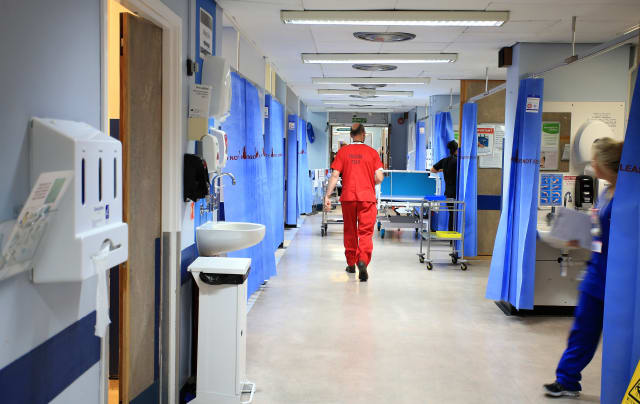 One academic said that staff entered the coronavirus pandemic with “high” levels of stress.

Plans have been proposed to support the NHS workforce, but without a detailed workforce strategy the plans are like a “new car without an engine”, said Professor Michael West from the King’s Fund think tank.

Prof West told the Health and Social Care Select Committee that one previous survey found that 27% of staff had minor psychiatric illness compared with 18% of the general working population as a whole.

And new research looking into the effect of the pandemic on NHS staff – which has had a particular focus on staff in intensive care units –  suggests “significant impacts upon wellbeing”, he added.

But he said that an “extraordinary” number of NHS staff have accessed support services set up as a result of the pandemic.

NHS officials told MPs about the support package available to NHS staff throughout the pandemic, including a new funding boost for those in need of rapid assessment and care.

“Back in January stress levels in the NHS were at their highest since we began recording stress levels and the kind of way that we do,” Prof West said.

“We know that around 50% more staff in the NHS report debilitating levels of work stress compared with the general working population as a whole.

“And in 2019, 41% of NHS staff in the national staff survey reported that they had been unwell as a result of work stress during the previous year. For nurses that was 44%, for midwives it was 51%.

“Overall I think the picture that we had was a very high stress levels and then the pandemic struck.”

When asked about the NHS People Plan, Prof West said that the plan has many strengths, but he added: “In the sense the People Plan is like a very smart-looking car but we don’t yet have the engine of a detailed workforce strategy.”

He said that workforce gaps were already putting “enormous pressure” on existing staff before the pandemic.

Prof West added: “We had 100,000 shortage of staff at the beginning of the pandemic back in January, that’s something like one in 10, one in 12 staff across the NHS, that’s placing enormous pressure on existing staff and is contributing to the problem of chronic excessive workload.

“And also it’s the number one predictor of patient dissatisfaction.”

He continued: “Unless we have a well-worked-out plan for how we can fill all these vacancies and how we reduce the attrition of staff from the NHS, we’re going to be in trouble.

“The fact that one in four nurses and health visitors leave the NHS within three years of joining it is deeply concerning.

“And the fact that so many doctors are intending to quit the NHS, some to go abroad, some to quit medical practice altogether, is also deeply concerning, and these issues are not confined to nurses, midwives and doctors but to groups of staff across the NHS.”

Prerana Issar, chief people officer for the NHS in England told MPs that staff health and wellbeing is a “priority”.

She said that work was under way to try to “normalise” help-seeking behaviour among staff.

Since April a package of measures have been introduced to support NHS staff throughout the pandemic, including a range of free mental health apps which have been downloaded by 150,000 staff, and new resources specifically created as a result of the pandemic, such as how to talk to a child about Covid-19, which have been accessed a quarter of a million times.

Staff also have access to a text support service and a helpline created in partnership with Samaritans.

“We have tried to normalise help-seeking behaviour because research shows that healthcare professionals are the last to seek help for themselves,” Ms Issar said.

“For a small number of our staff, they will experience a level of mental distress that means they need access to rapid assessment and treatment, and I’m delighted to announce we will be investing £15 million in a special winter support.

“In every part of the country for all NHS staff, wherever they work, we’re launching a service that will get them rapid assessment and treatment, if they need it for mental health conditions.

“And that’s an incredibly important addition to the plethora of interventions and initiatives that we’ve put in place.”

Mental health problems are one of the main reasons for staff absences, with latest data showing that anxiety, stress and other psychiatric illness accounted for 28.3% of all sickness leave in May 2020.