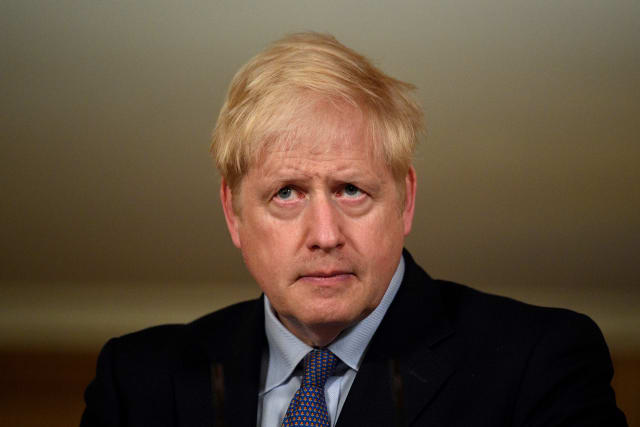 Boris Johnson has attempted to put a brave face on Brexit developments as he addressed British business leaders.

The Prime Minister, along with Cabinet Office minister Michael Gove, expressed hopes of a successful Brexit transition period after speaking to 250 business leaders on Tuesday.

With the UK insisting it may need to leave the bloc at the end of the year on “Australian-style” trade terms, rather than a more comprehensive “Canada-style” agreement, the Prime Minister insisted Britain would prosper outside the EU.

Mr Johnson told business leaders: “Our job is to create the platform for dynamic businesses such as yours to compete and to grow.

“But it is vital that everybody on this call takes seriously the need to get ready, because whatever happens, whether it’s Canada or Australia, change is going to happen.

“There is a big opportunity for this country and we want to help all of you to seize that opportunity.”

Mr Gove said: “I am hugely appreciative of the efforts that so many companies have made over the course of this year, both to help us deal with the Covid crisis and also to prepare for the end of the transition period.

“We know that this December 31 we will be leaving the customs union and single market come what may.

“It’s in law, and it’s a fact that the EU and UK accept as immoveable, and that means we need to make sure we’re ready.”

The comments came as the Government suffered a defeat in the House of Lords over controversial legislation that enables ministers to break international law by tearing up parts of the Brexit divorce deal Mr Johnson struck with Brussels.

Talks on the future trading relationship between the UK and EU stalled last week and Downing Street has insisted there is no point in resuming negotiations unless Brussels is prepared to fundamentally change its position in key areas.

Peers backed a “regret” amendment by a majority of 226, condemning the contentious provisions and warning they “would undermine the rule of law and damage the reputation of the United Kingdom”.

Tory rebels included senior lawyer Lord Keen of Elie, who resigned as advocate general for Scotland over the legislation, and ex-leader Lord Howard.

The Archbishop of Canterbury Justin Welby and other senior bishops also backed the motion criticising the legislation.

Mr Barnier and the UK’s Lord Frost spoke on Tuesday but formal negotiations are yet to resume.

Brussels has said both sides will need to compromise if an agreement is to be reached, with time running out for a deal to be in place when the transition arrangements expire at the end of the year.