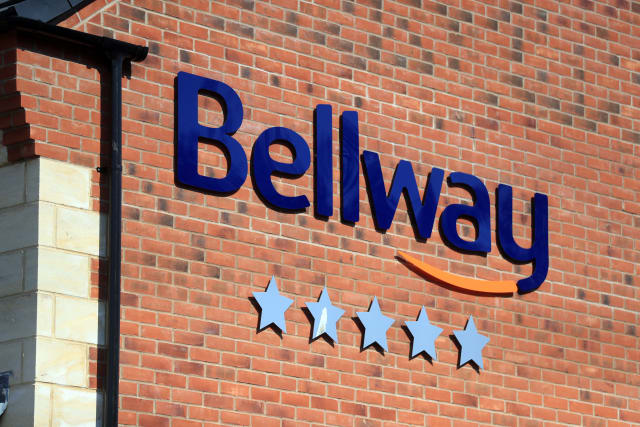 Housebuilder Bellway has seen profits slump by nearly two-thirds after lockdown knocked sales and it took a near-£50 million hit over potentially unsafe cladding in the wake of the Grenfell tragedy.

The Newcastle-based group booked a £46.8 million charge to meet new fire and safety standards on apartment blocks built with cladding shown to be unsafe after the disaster.

It posted a 64.3% fall in pre-tax profits to £236.7 million for the year to July 31 as a result of the tower block fire safety charge and as sales completions dropped by almost a third to 7,522 due to the lockdown.

But Bellway resumed shareholder dividend payments as it said sales have bounced back in an “encouragingly strong start” to its new financial year, with reservations up 30.6% in the first nine weeks.

Details of its charge for re-cladding and fire safety measures came as the next phase of an inquiry takes place into the Grenfell Tower fire in June 2017, in 72 people died.

Since then new more stringent government guidelines have been enforced on tower block cladding and fire safety, with the latest released in January this year.

Bellway’s post-Grenfell charge dwarfs even that of the costs for the coronavirus crisis, which ran to £25.8 million including for sites paused during lockdown.

The group joined rivals in reporting a strong bounce-back in demand for new homes since restrictions lifted on the housing marked in the summer.

Its overall average weekly reservations surged 30.6% to 239 between August 1 and September 29, with its forward order book standing at a record £1.9 billion as at October 4.

This marks a significant hike on the £1.3 billion seen a year earlier.

Bellway is also back to 85%-90% of pre-Covid productivity on site, which it said should put it on track to reach its target of around 9,000 home sales by next August.

Chief executive Jason Honeyman said: “Pent-up demand arising from the prolonged period of lockdown inactivity, together with government support through the stamp duty holiday and provision of Help To Buy, have contributed to this reassuringly strong performance.”

But the group noted the “risk of a further widespread ‘lockdown'” as well as the threat of a possible no-deal Brexit at the end of the year.

Analysts at Liberum said: “Its strong balance sheet and order book has facilitated Bellway to become one of the first housebuilders to reinstate its dividend.

“It remains one of our top picks given its balance sheet strength, experienced management and good exposure the strongest areas of the housing market.”