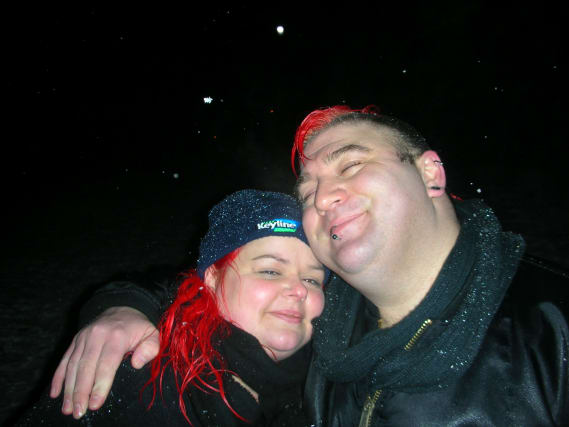 The widow of man who was killed when a lorry ploughed into his stranded car on a smart motorway has said the wrong person has been jailed, after the truck driver was given a 10-month long sentence.

Jason Mercer, 44, and Alexandru Murgeanu, 22, died when a lorry driven by Prezemyslaw Szuba, 40, crashed into their vehicles, which had stopped on a stretch of the M1 without a hard shoulder after a “minor shunt”.

Szuba was jailed on Monday at Sheffield Crown Court by a judge who compared motorway hard shoulders with lifeboats on ships, but added that Szuba had to take the major part of the blame for the crash.

Imposing the prison term for causing the deaths by careless driving, Judge Jeremy Richardson QC said: “Had there been a hard shoulder, or had the victims driven on for another mile to the refuge, this catastrophe would never have occurred.”

But he added: “There must be no doubt, however, that the main cause of this fatal crash was your inattention to the road ahead of you.”

Speaking outside court, Claire Mercer, who has led a prominent campaign against smart motorways, said: “We don’t believe the correct person is taking responsible for this massive detrimental effect on ours and so many other people’s lives.

“The events of June 7, 2019, would not have taken place if there had been a hard shoulder and Highways England was run with the correct priorities in mind – not concentrating on who wins the next big contract.”

Referring to a national review of smart motorways, she said: “An agenda genuinely concerned with avoiding future deaths is not served by a pretend review and 18 compromises that wouldn’t have saved any of 40-plus people killed by smart motorways, or by jailing the wrong person.”

The judge was told how Szuba was driving well within the speed limit, had not been drinking or on drugs and was not distracted by any devices when he ploughed into the vehicles just north of junction 34, near Sheffield’s Meadowhall shopping centre.

The judge was shown CCTV footage of how Mr Murgeanu’s Ford Transit van and Mr Mercer’s Ford Focus had a minor collision on the four-lane motorway and then pulled over into lane one to inspect damage and exchange details.

Jeremy Evans, prosecuting, said that police calculated that the stationary vehicles would have been visible for 7.4 seconds as Szuba’s lorry came round a slight bend and he would have had between 3.7 and 5.2 seconds to react.

Mr Evans said police used footage to calculate that 147 vehicles in lanes one and two managed to manoeuvre around the stranded cars, with some HGVs coming to a complete halt during the five minutes and 51 seconds before the crash.

But the prosecutor said Szuba was travelling at a steady 56mph up until the very last moment before the crash and did not brake or move the vehicle.

Mr Evans said the warning signs above the motorway were not activated and none of the lanes were closed in this time. He said that the warnings were not automatic and needed to be operated by a controller after being alerted by phone calls or cameras.

Andrew Smith, defending, said: “The defendant has always accepted that his negligence, his lack of concentration of three, four, five seconds prior was a significant cause of this accident. But it was not the only cause.”

He urged the judge not to jail his client, saying: “He simply did not see it. He should have seen it and he didn’t”

He said Mr Szuba, from Adelaide Street, Hull, has a partner and an 11-year-old daughter.

Judge Richardson told the court: “A hard shoulder strikes me as analogous to the emergency doors on an aeroplanes or lifeboats on ships.

“One never hopes ever to use them, and most of the time you never do. But they’re there.”

Sentencing Szuba, he said: “The reason they stopped on the carriageway was because there was nowhere else to go for another mile.”

The judge said: “I have no idea what research was undertaken when the decision was made to remove the hard shoulder on certain smart motorways but I cannot help but think that placing refuges at intervals of nearly three miles or even every one-and-half miles is a less than ideal or adequate substitute for a full hard-shoulder.”

He said the two men who died made an “unwise” decision to stop, but said it was “understandable” given the stress of a shunt on a motorway.

Szuba admitted two counts of causing death by careless driving at a previous hearing. He was banned from driving for four years.

Mr Mercer was from Rotherham and Mr Murgeanu lived in Mansfield, although he was originally from Romania.

Mrs Mercer said outside court: “The loss of Jason is immeasurable.

“Jason was an important and distinctive part of our family and I can’t list all the many things we lost when Jason died.

“Even the best written epitaph would never adequately convey just how truly wonderful, multi-dimensional, loving, entertaining and strong Jason was.”