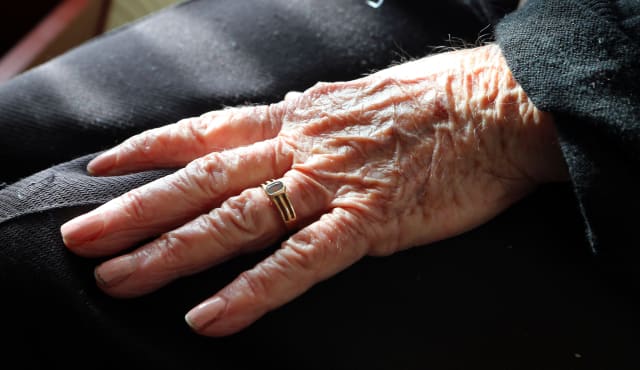 Thousands more people are dying at home from dementia, cancer and heart conditions as they struggle with “isolation, fear of coronavirus and disrupted health services”,  new figures show.

Deaths from dementia and Alzheimer’s disease in private homes in England rose 79% during the coronavirus pandemic, the Office for National Statistics (ONS) said.

There were 2,095 excess deaths from these conditions registered between March 14 and September 11 – up 79% compared with the average for the same period over the past five years.

In Wales, there was a 94% rise, with 133 excess deaths involving dementia and Alzheimer’s disease.

Over the same period, there were 24,387 excess deaths in private homes in England and 1,644 in Wales compared with the five-year average.

The majority were unrelated to Covid-19.

In both countries, deaths in care homes were above the average, while deaths in hospitals and hospices fell below it, suggesting that the “distribution of deaths between the different places of occurrence has shifted”.

Sir David Spiegelhalter, chairman of the Winton Centre for Risk and Evidence Communication, University of Cambridge, said: “Non-Covid deaths in hospital have correspondingly declined, suggesting most of these deaths would normally have occurred in hospital, and people have either been reluctant to go, discouraged from attending, or the services have been disrupted.”

He added that it is “unclear how many of these lives could have been extended had they gone to hospital”.

Fiona Carragher, director of research and influencing at Alzheimer’s Society said: “We already knew people with dementia have been worst hit not only by the virus itself, dying in their thousands, but also by the dreadful side-effects of lockdown.

“The impact of isolation, fear of coronavirus and suspension of health and social care services will have contributed to the catastrophic increase in people with dementia dying – we saw it in care homes and now we’re seeing the impact in the community.”

The figures show that the leading cause of death in private homes during Covid-19 was ischaemic heart disease.

In England, males accounted for 53.8% of the excess deaths in private homes, with men and women aged 70-89 accounting for the majority.

The leading cause of death for men was heart disease, accounting for 19% of all male deaths in private homes, followed by lung and bowel cancer.

Deaths of men at home from heart disease rose 26% in England compared with the five-year average (1,705 additional deaths), with fewer dying in hospital.

In Wales, deaths in private homes of males from heart disease were up 23% on the five-year average, prostate cancer deaths have increased 75%, and bowel cancer deaths were up 52%.

For women, the leading cause of death was heart disease, accounting for 10.5% of all deaths in private homes, followed by lung and breast cancer.

Deaths in private homes of women from dementia and Alzheimer’s disease increased by 75% in England compared with the five-year average (1,335 additional deaths).

Deaths from breast cancer were up 47%.

In Wales, the number of women dying in private homes from dementia and Alzheimer’s disease rose  92%, while deaths from breast cancer were up 28%.

Hospital deaths of women involving dementia and Alzheimer’s disease fell by 40.6% in England and 25.5% in Wales.

Prof Kevin McConway, emeritus professor of applied statistics at the Open University, said: “For most of these causes, the overall number of deaths across all places hasn’t changed all that much, this year, compared to the last five years.

“That means that the extra deaths at home from these causes match corresponding reductions in numbers of deaths from the same causes elsewhere, particularly in hospital.

“But data like this can’t tell us why the deaths are tending to occur more at home. Is it because people prefer to stay at home if they can, or because they can’t get into hospital or are discharged earlier?”

But for women, there seems to have been a “considerable increase” as well as a change in setting of deaths from dementia and “symptoms, signs and ill-defined conditions”, which mostly indicate old age and frailty, he added.

The end of life charity Marie Curie said there must be an immediate investigation into the experiences of people dying at home.

Director of policy and public affairs, Simon Jones, said: “Although dying at home may be people’s choice and honouring end-of-life wishes is important, there must be the correct level of support and care in place to ensure people who die at home and their carers have the best possible experience.”