Prosecutors given new guidance over myths and stereotypes in rape cases 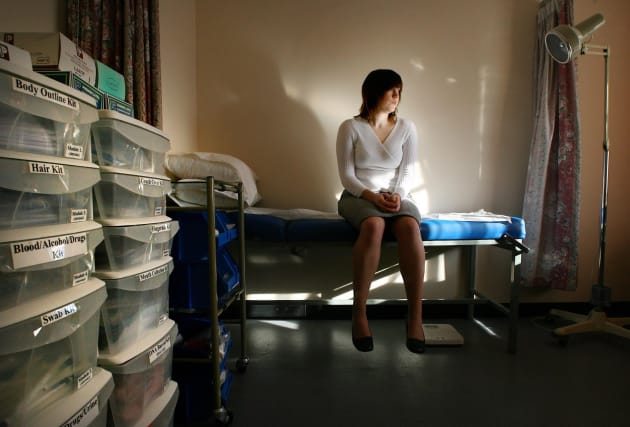 Prosecutors are being given new guidance over nude selfies and sex hook-up apps in rape and sexual assault cases.

Guidelines for Crown Prosecution Service (CPS) lawyers have been fully updated for the first time in eight years and and include advice on challenging assumptions over victims sharing naked pictures or having met their attacker via a hook-up app.

The legal guidance, which comes into use on November 1, includes a list of 39 myths and stereotypes that prosecutors should be prepared to challenge when bringing a case to court.

The list of false statements includes “if you send sexual images or messages prior to meeting someone, then having sex is inevitable” and “if you meet men online or through hook-up apps you want sex and should be ready to offer sex”.

Siobhan Blake, CPS rape lead, said explicit photos and use of such apps should not be taken as “blanket consent” for sexual contact.

She told the PA news agency: “The critical issue is around consent, and the giving and understanding of consent.

“We must not as a society or indeed as prosecutors get distracted by some of the peripheral behaviours that might seem quite unusual to us.

“In essence a person can send a naked selfie for instance one day, that is not any sort of blanket consent to a sexual encounter on another day.

“Simply because somebody’s on a hook-up app, it doesn’t mean that they’re giving some sort of blanket consent to any sort of sexual contact.”

The guidance also highlights the increasing number of rapes and sexual assaults associated with “chemsex”, which may mean victims are concerned about being prosecuted for drug use.

It says: “Chemsex is the term used to describe sexual activity that occurs when the parties are under the influence of drugs taken immediately preceding and/or during the sexual activity. It is particularly commonplace within the homosexual community.

“Prosecutors should be aware that victims of rape and/or sexual assaults committed within the chemsex setting may be reluctant to engage with a prosecution for fear of disclosing offences they have committed with respect to the use or supply of prohibited drugs.”

It stresses the impact of trauma on victims that can hamper their ability to remember or give a consistent account of what happened.

Ms Blake said: “We’re on the cutting edge of understanding the impact of trauma and the impact that has on memory and the way people behave after suffering a horrific trauma.

“It never can be forgotten that in the case of rape and serious sexual offences, they are really some of the most traumatic offences that people survive.”

Claire Waxman, the London victims’ commissioner, called for the CPS to undergo trauma training and update their guidance after she carried out research in the capital that showed 3% of rape allegations resulted in a conviction.

She said: “This is a much-needed update that will help to tackle pervasive myths and stereotypes around rape and the culture of disbelief.

“For too long, evidence of trauma, such as inconsistencies in memory, has been misinterpreted as victims being unreliable which has influenced charging decisions.”

At the end of July, CPS figures showed that the number of rape convictions had fallen to a record low in England and Wales.

The CPS has a five-year plan in place to try to boost prosecution and conviction rates and will unveil a joint strategy with the police in the coming weeks.